Today is part two of Demon, which is set in a world that is partly stuck in medieval times, and partly super advanced. Otherworld creatures, such as faeries, vampires, elves and shifters walk hand in hand with humans (mostly) although the relationship is often uneasy.

This week, I chose this prompt, although the connection is kind of strained - again 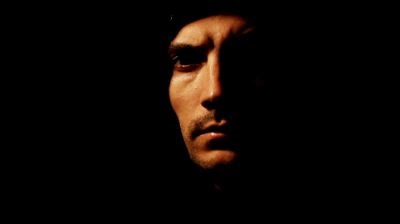 It was dark and cold—so cold. Always so cold. And silent, except for the screams he’d hear sometimes, coming from somewhere outside. It had been dark when they brought him here, and he’d been barely conscious, so he had precious little idea of what lay beyond the barred door. His chains wouldn’t let him look out, although he was pretty sure the door led outside, because he could smell the wind, and what light there was slanting through the bars followed the sun. Of course, there could have been another window, but he liked to think there was nothing but one door between himself and the sun he loved to feel on his back so much, and the moonlight he bathed in each moonrise.

If the stirring in his blood was anything to go by, the moon was dark tonight; if not, then soon. He’d lost all track of time in this awful place. He prayed the Dark Mother would forgive him for failing to honour her in the proper ways. He’d be resting in her arms soon enough. Of that, he had no doubt.

He jumped, as a scream rent the air from somewhere nearby. It went on and on, until it suddenly stopped. He wondered if it was because the poor soul had stopped hurting—or stopped living. He murmured a quick prayer to the Dark Mother, just in case. The strangers didn’t follow the ways of the Dark Mother, or her sisters. They didn’t believe in her, but that didn’t mean she didn’t believe in them. She would still be there when the veil parted, to welcome their spirit home. He knew this. He knew it for sure.

Another scream. Not dead then. Poor thing. Perhaps he wished he were dead. Perhaps he would be soon. The demon shuddered. Soon they would come for him. Then his screams would join those of the other prisoners. He would be strong, he promised himself. He would bear whatever pain they inflicted in the name of the Great Mother. He would hand himself over to her, and she would hold him safe when they—

The sound of footsteps on a hard floor approached. Was it his time already? Had the time he’d dreaded, yet prayed for, now come? The creak of key, and the almost silent whir of the lock opening, metal bars sliding back into the wall, answered him.

Light from the doorway blinded him, and all he could see was a dark figure as it stepped over the threshold and closed the door behind it. The demon swallowed hard, fear washing away his best intentions—of courage, composure, even remembering to call on the Mother.

As his eyes grew used to the darkness again, he began to suspect his visitor was a woman. Dare he hope she’d show him mercy? But surely, those who bore the image of the Mother were fiercer and crueler than any who walked with the Father. It was She who gave life and nurtured it, but at the end, it was she who walked the battlefield, her fingers dripping blood, gathering souls while her ravens fed on the bodies of those who had fallen, whether they’d been gathered or not. He shuddered, wishing she would speak.

He jumped again, startled by the soft voice, yet not fooled into believing it came from a soft person.
Before he could answer, the room dimmed, as the sunlight was cut off by a shadow in the window. The Demon glanced up, and his breath froze in his lungs. An angel stood outside, peering in. Had the Great Mother heard his prayer and sent an angel to rescue him?

It was just a moment, then the illusion shattered as a slight movement, a change in the light, revealed a very human face, with the most brilliant blue eyes the demon had ever seen. In that one instant, when their eyes met, something opened in him, like the unfurling of a spring bud, and he knew his purpose, his reason for walking into danger, had been fulfilled. There was nothing they could do now that could harm him, no matter how much they hurt him, no matter if they tore his spirit from his screaming body. His soul was safe.

A surge of energy shot through him and sent him slamming back into the wall. Fear turned his blood to ice. What had happened? What had gone wrong? Had he been rejected? A glance told him his angel no longer watched over him. Where had he gone?

Tentatively, he reached out, extending his energy force beyond the door, searching.

The blow across the face came from nowhere, and was so unexpected it left him gasping, his energy shattered and dispersed.

“Be silent, demon,” the woman hissed. “Speak when you are asked.”

The second blow was not as unexpected, and he bore it better, even though he tasted blood. The smart thing would have been to remain silent, as commanded, but this was not the time to be smart. He would be hurt—he knew that—but he would bear it for the sake of his bonded.

“I said, be silent.” This time the hiss was a roar, and the blow sent his head crashing back against the
wall. He saw stars, but he couldn’t give up. Time was slipping away.

“Please, just let me save him.”

“The boy in the window. He wasn’t prepared. I think he’s dying.”