Wednesday again and another installment of my spooky new story, Catherine's revenge. It's another new thing - to try to write spooky.

The prompts I used this week are 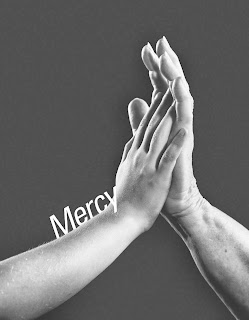 Which Catherine has none of, and Failure is not an option.

“She must have been mentally unstable” Emma said, cold shivers tickling her neck, “completely insane. Why would she kill herself just because she thought she’d been stood up?”

“In those days, being jilted at the altar was a much greater thing; a matter of slight, of dishonour. The entire family would be thrown into uproar and consider it an insult to them, as much as to her. I believe, however, there was more to it than this. I fear she had the propensity for madness; something no one knew before, or perhaps had not spoken of, for fear she might become un-weddable.”

“But that was awful. Her family knew she was unstable and didn’t tell anyone in case Tristan changed his mind?” Emma tossed her head. “Huh. That’s horrible. Her parents must have been cold and mean.

“It must have been hard bringing up a daughter like that. Mental illness wasn’t seen the same back then, was it? If it wasn’t the result of possession, it was a character flaw. So, they shut their mouths about their daughter being completely bonkers, hoping she’d be married off and someone else’s problem.

“Oh yes. Since that time, every Loughbridge male who reached the age of twenty one years, took ill with an unknown malady, and after lingering on for a time, and sinking into madness, they all, without exception, died.”

“What kind of malady?”

“They grew cold, to the point no fire was able to warm them, as if the life that heated their veins was being drawn out of them.”

“They believed themselves possessed by an unquiet spirit who tormented them in dreams and, finally, in their waking hours. They were all found dead in the summerhouse with expressions of horror on their faces, as if they’d witnesses something so terrifying it stopped their hearts.”

Emma looked over at Ash and said fiercely. “That won’t happen to Ash. I won’t let him die.”

“I will help you, Emma, but it will not be an easy path.”

“Let’s say we believe this crazy story,” Adam said, “which I’m not saying I do. What does it have to do with you? What do you get out of it?”

“Peace,” Tristan said, drawing himself up and meeting Adam’s eyes.

“You’re him, aren’t you,” Emma said. “Catherine’s fiancée.  You weren’t named after him; you are him.”

Tristan gave her a tired smile. “Yes. I am he. I have watched for so many years, as Catherine has taken one young man after another. The last was such a long time ago, I had begun to hope…. I should have known I would not be here if it were over. I can sit by no longer. This has gone on too long. Too many innocent lives lost and ruined.”

“I don’t know. All I know is that I have lingered here; watching helplessly as Catherine torments me with her goddamn curse.”

“Does she know you’re still here?”

“Oh yes; she knows. I believe it is partly because of me she keeps it going. It is to punish me as much as anything else.”

“Then why? Why is she doing this?”

“Revenge, Emma. She is determined to make me suffer as long as she can for the way she believes I made her suffer. Although I was innocent, she sees me as the man who left her at the altar, who brought shame to her and her family, who was the cause of her madness and death. As irrational as it is, that is her belief. She will not stop until the last Loughbridge man is dead, and I cannot rest until she does.”

“But…. It’s Ash. The last Loughbridge man is Ash. There’s no one else; no distant cousins or remote members of the family. My mother was an only child and both my grandparents had only sisters. Ash is the last.”

“Then why are you doing this? Why now, after all this time? All you have to do is wait for him to die and it’s over for you. If you hadn’t told us about the curse we’d never have known; never have fought it.”

Tristan gave her a weary smile and shook his head. “I understand.”

“Catherine has her claws into him. Wherever he goes, she goes. There is no escape.”

“He cannot escape her. Perhaps we can help him fight her. Drive her away.”

“Have you tried before?”

Tristan looked uncomfortable. “Yes, but your brother is a fighter, I believe. More so than others. He reminds me of myself.”

“Watch him carefully. Perhaps we can prevent the madness. In other cases the family have not accepted the truth. You are the first who are so open to the truth. The descent into madness was as much fear of their own sanity as Catherine’s tormenting. If we support him and reassure him that what he sees, what he believes, is truth, is her…. Perhaps it will make the difference.”

“It has to,” Emma said, staring at her twin, who suddenly seemed fragile and precious. “Failure is not an option.”

This week, we have a new format. Instead of me posting links to all the other flashers, Andy Gordon has very kindly posted them all on the Wednesday Briefs website, along with the first hundred words of each story. Head on over there and support the rest of the briefers, you never know, you might find your new favourite author.