And here we are at another Wednesday. This week, I've chosen the prompt - Can things get any worse. However, you know what I'm like about pictures and this prompt was so pretty, I just have to post it even though it has nothing to do with the story 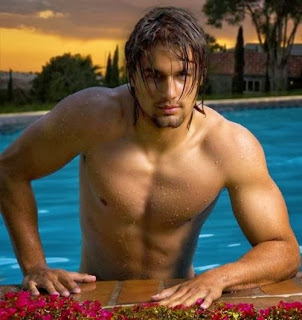 “She would have hurt me.” Tristan said, quietly, his eyes downcast.

Emma turned away and focused on Ash. She was too furious even to look at Tristan.

Emma ignored him, fuming. Understand? Oh, she understood alright. She understood he was selfish. He was so selfish. It was so unfair.

Savagely, Emma poked at the fire with a stick, wishing she was poking it in his eye. She wasn’t the kind to yell and scream in someone’s face, but she was close. How dare he? How dare he watch Ash suffer like this, when he could save him? When he could…? When…? Gradually, her anger faded, and was replaced with something else. It took a while before she realized it was empathy.

Adam had remained silent and, initially, she’d been angry with him, too. Why wasn’t he fighting for his son? Then, truth filtered through the anger. Adam was silent because he understood. He understood better than she did.

What would Ash have said? Beautiful, sweet, sensitive Ash. He’d have understood, too. If Ash died, his soul would be at peace; a peace Tristan would never know. Ash would die eventually, no matter what happened, so would she. Human life was a blink of an eye, but eternity….

“I’m sorry. I understand. You can’t do that. I couldn’t ask you to do that; no one could.”

A silent scream of rage filled the air, which suddenly turned cold.

“Oh great,” Emma moaned. “Just when you think things are as bad as they can get; they get worse.”

“Can things get any worse?” Adam asked.

All eyes turned to the car, where the mist was pouring out onto the grass. It started to boil, and a figure seemed to be forming, from the bottom up. The mist poured into it as if into a mould. Already, they could see the tattered hem of an old wedding dress.

“What should we do?” Emma drew closer to Ash.

“There is nothing we can do. There is nowhere to run.” Tristan stood, facing the car, his face set in grim lines.
In the distance sirens screamed, drawing nearer.

“I’ll go up to the road,” Adam said, his eyes on the mist, which was now waist height. “I wouldn’t want them to miss us.”

“They will see the fire,” Tristan said.

The sirens came closer, and lights flickered in the distance. The figure, now complete, appeared in the mist, glowing slightly, and took a step forward, her hands reaching, fingers clawed. Ash gave a harsh cry, his eyes flying open. They were completely black, and Adam cried out in horror.

Catherine’s form laughed. “He’s mine now,” she cried, throwing her head back and laughing in a way that left no one in doubt she was utterly insane.

Emma didn’t see her. All she saw was Ash’s eyes. They were fixed, unblinking, cold. A light had gone out.

“No,” she cried, drawing everyone’s attention away from Catherine.

Tearing away the blankets, Emma frantically searched for a pulse. She pressed her ear against Ash’s chest. There was nothing, and the sirens were too far away.

Desperately trying to remember what she’d learned of CPR, she breathed into Ash’s mouth and compressed his chest, sobbing, panic stricken.

Then, arms wrapped around her and drew her away. Although she struggled, the arms were an iron band around her chest.

Tristan knelt beside Ash and laid his hands on Ash’s chest. The world held its breath, as a faint glow appeared, growing stronger in pulses. It slowly began to spread outward.

Catherine lunged forward, her hands clawed, and her face twisted in a mask of insane rage. Tristan leaped to his feet, and sprang at her. In the moment their bodies met, they vanished.

Then Ash took a shuddering breath, and cried out as if in pain. Stunned, Emma stared at the place Tristan and Catherine had vanished for a moment then turned her attention back to Ash. His eyes were blue again, and were no longer blank, but full of confusion.

“Em?” he croaked, and Emma stroked his cheek.

“I know, sweetheart. You’re so strong, so brave. You’re the other half of my soul. I know you’ll come back to me, and I won’t let you go.”

The ghost of a smile played over Ash’s lips, then he sighed and his eyes closed.

In a panic, Emma didn’t calm until she’d satisfied herself Ash was alive, his heart beating strongly. He even seemed to be a little less cold. Still, she wasn’t happy until the ambulance and two police cars screamed to a halt and suddenly there were people everywhere.

Now go check out the other bloggers who I'm sure will have some wonderful flashes for you this week. You can find them all at Wednesday Briefs