That You Are Here by Meredith Allard 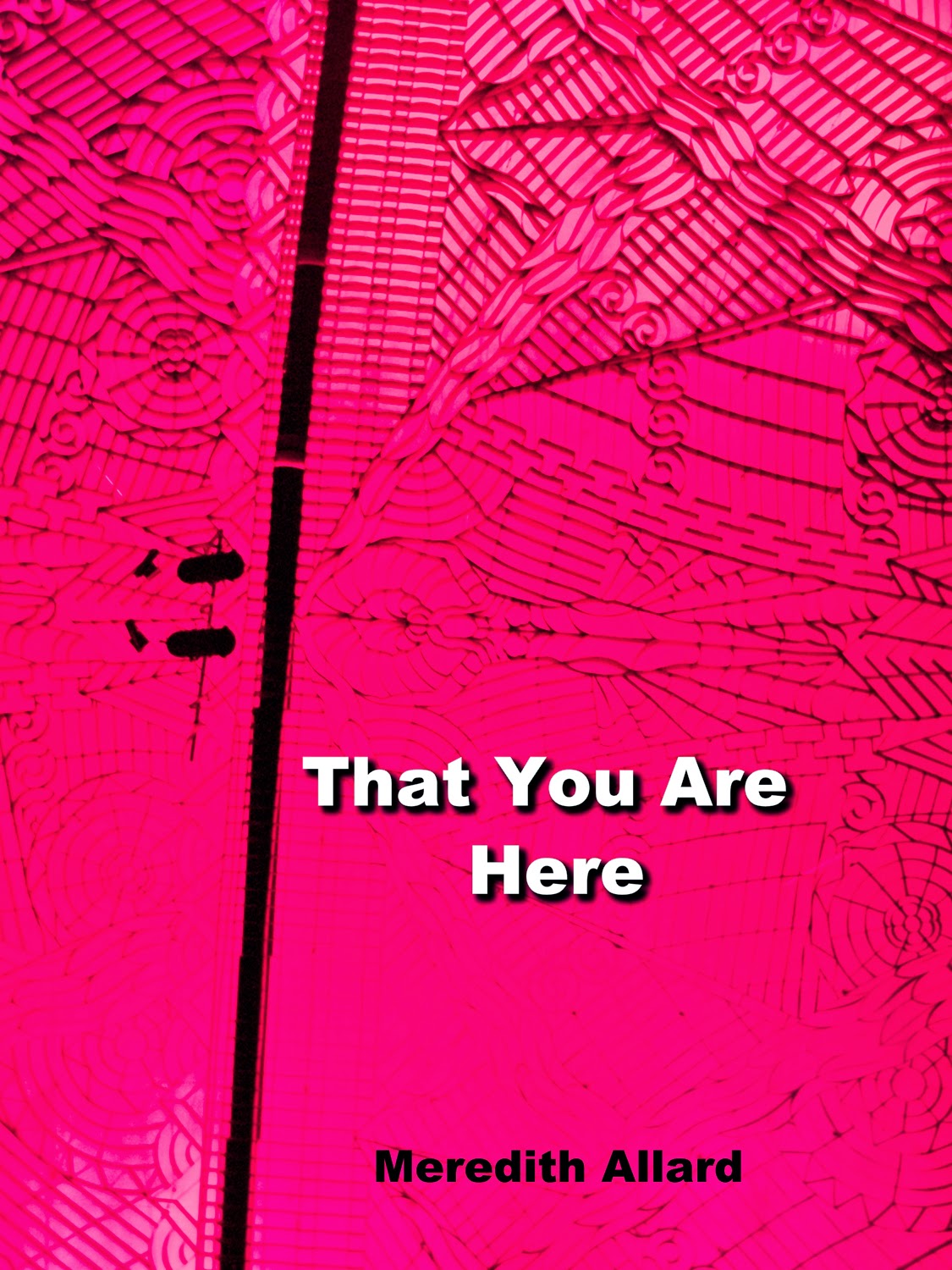 THAT YOU ARE HERE
by Meredith Allard

On the outside, handsome, successful attorney Andrew Whittaker has everything in life. On the inside, he has everything too, only he doesn't know it. He hides the love of his life, Mark Bryce, from his family and everyone else where he lives in Portland, Oregon. Soon the weight of the secret becomes too much for Andrew. After wrestling with himself and his place in the world, he must decide how he’s going to live—with or without Mark.

Andrew’s cell phone buzzed in his pocket. He put his lunch bag on the counter, nodding at the message from Lisa Bloom, his secretary. He scanned his e-mails and grimaced at the phone. “I have to go.” He left at a sprint through the kitchen door to his silver Mercedes in the attached one-car garage. He didn’t even like the car, but that’s what the senior partners at his firm drove, so that’s what he drove too. Andrew opened the garage door, got into the driver’s seat, slid the key into the ignition, started the car, and jumped at the knock on his window. He shrugged sheepishly, opened the window, and took his lunch bag.

“Today?” A sigh. “That car is such a gas guzzler. You need a hybrid. This is Portland. You’re supposed to be green.”

“Any kind of green you want to be.”

Andrew looked at the person watching him with such open-hearted love in those soft gold-brown eyes.

Mark Bryce leaned his head through the open window and kissed Andrew’s cheek. “Anything for you, beautiful boy.”

When Andrew stopped at the red light on Bancroft Street he felt his phone vibrate. He pulled his phone from his pocket, saw the screen and cringed, peering at the nearby drivers as though they were reporting his every move to some great eye in the sky. The text was from Mark.

Stop looking at your phone! 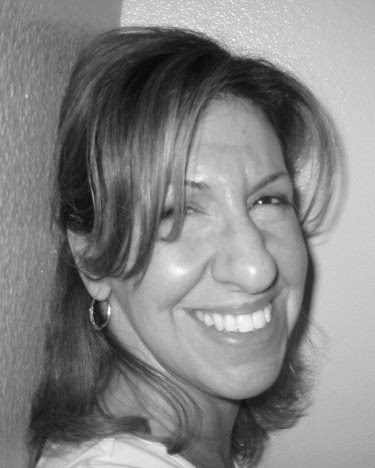 Meredith Allard is the author of The Loving Husband Trilogy, That You Are Here, Victory Garden, Woman of Stones, and My Brother’s Battle (Copperfield Press). She received her B.A. and M.A. degrees in English from California State University, Northridge. Her short fiction and articles have appeared in journals such as The Paumanok Review, The Maxwell Digest, Wild Mind, Muse Apprentice Guild, Writer’s Weekly, Moondance, CarbLite, and ViewsHound. She has taught writing to students aged ten to sixty, and she has taught creative writing and writing historical fiction seminars at Learning Tree University, UNLV, and the Las Vegas Writers Conference. She lives in Las Vegas, Nevada.
Website
Twitter
Facebook
Amazon

Interview
Not sure I was supposed to do the interview as well, but hey, I liked it :)
Out of all the characters you’ve written which one has affected you most? Not necessarily which one you like most, but which one ‘got to you’?

Both of the main characters from That You Are Here, Andrew Whittaker and Mark Bryce, affected me, each for different reasons. I think I understood Andrew very well. I understand what it is to have something you want to hide about yourself, so he got to me in the sense that I was writing from personal experience. Andrew tries to hide the fact that he’s gay, while I’ve spent most of my life trying (and usually not succeeding) to hide the fact that I have a rather marked hearing loss. Mark got to me because Mark is who I would like to be. He has such kindness, Mark. He’s one of those people who are genuinely caring, and as I wrote Mark I realized that I have a long way to go before I can act out on such a level of compassion.

Which character caused you most difficulty to write?

Definitely Corwin Whittaker, Andrew’s father. It was hard for me to tap into that kind of anger, especially toward someone in your own family. Corwin is the polar opposite of Mark. Mark is the representation of our best selves, and Corwin is a representation of the lack of understanding we sometimes show towards those who are different in any way.

When do you do your best writing… morning, afternoon, evening, night?

Usually in the evening. I have a day job, so I get home from work around 3 p.m. After I make dinner and procrastinate as long as I can, I usually get to the computer around 5 p.m. and I’ll work for three or four hours.

Which story caused you the most difficulty to write?

In That You Are Here, it’s definitely Andrew. Not just because he has a secret he’s trying to hide, but his workaholic nature definitely comes from me. His childhood and his parents are also loosely based on my own.

Do you have any music that you associate with a character or scene?

Do you plan your stories and, if so, to what extent?

I do outline before I start writing, though I outline with the understanding that my first ideas will probably change as I continue through the writing process. A lot of times I’ll come up with ideas or connections during the writing that I hadn’t thought of before.

Do you plan your characters?

How many times have you started a story and abandoned it?

Not very often, actually. I usually kick an idea around in my head for a while—sometimes months—before I make the decision to turn it into a novel. I have to be enraptured with a story idea before I decide to make the commitment to writing it as a book. If an idea doesn’t cause me to keep coming back to it, then it’s not a good idea for a story. I only write the stories that won’t leave me alone.

How many stories do you work on at any one time?

Only one. I’m afraid my limited brain capacity tops out at one story at a time.

Are there any hidden messages in any of your stories?

I wouldn’t say there are hidden messages. I like to think that my stories are layered in the sense that if you want to read them for the entertainment value then the entertainment is there. If you want to peel back the layers then there are other aspects to be pondered. Usually the other aspects involve history and how much people have actually changed throughout the centuries. I love that readers often tap into such aspects in their reviews of my books.

Do you have any other hobbies?

I love to read, listen to music, and I love to cook. I try to do something active every day because I sit writing so much.

What is your most treasured possession?

Probably my computer. I have all my writing on it.

What one thing in life can you not do without (coffee? Music? Sex?)

Funny you should ask. I was having some health issues and I stayed away from certain foods for a few weeks. I missed coffee more than anything else.

The greatest compliments I’ve received about That You Are Here is that people who don’t normally read m/m love stories have enjoyed reading it because it focuses on such a human story, and That You Are Here has the highest rating of any of my novels on Amazon and Goodreads. Everyone has to learn how to feel comfortable in their own skin, and everyone has choices to make in their lives about how they’re going to live their best lives while being honest about who they are. Andrew Whittaker and Mark Bryce have quite a journey to travel together, and I hope they are a couple readers cheer for. I hope readers will give That You Are Here a try.

a Rafflecopter giveaway
Posted by Nephy's World at 21:01