The Evolution of a Book Cover

When a book has been written, edited and polished, the time comes to give it a cover. How does one decide what to put on the cover, how to design it. Project X had such an interesting evolution, I wanted to share it with you.

There is a passage in the book that describes Morgan like this:

But tonight... Oh my God, tonight... Tonight, Morgan wasn’t gorgeous, Morgan was... He was... There was no word to describe what he was. He was leaning against the fireplace with a glass of brandy in his hand, wearing the tightest pair of leather trousers I’ve ever seen. Not only were they tight, but they were split up the sides and laced, showing off a good two inches of skin on each side.

If that wasn’t enough to make me shiver, his top half was encased in a close fitting, soft leather waistcoat over a white linen shirt. The crisp whiteness set off the inky blackness of his hair, which was loose around his shoulders. He’d even outlined his eyes in black eyeliner. It made the green more vivid than ever. Shit, he was every girl’s wet dream. He even had me feeling suddenly hot and uncomfortable under that vibrant, electric stare.

Originally, the idea was to put an image of that on the front of the book. Everyone loved the idea initially, but after trawling through photograph after photograph of hot men – and what a chore that was – we had to admit defeat. We were never going to find a photograph that encapsulated Morgan Bentley, and the way he looked that night.

We then got on our thinking caps, and Lily Velden and I came up with the idea of a droplet falling from the tip of a syringe, with an image in the droplet. Why a syringe? Read the book and find out. I suggested that a good friend of mine, Maria Korte might be perfect to get my mental image down on paper. Maria is the best artist I know, and for some strange reason, she seems to understand my super crazy mind.

The first sketch we came up with was 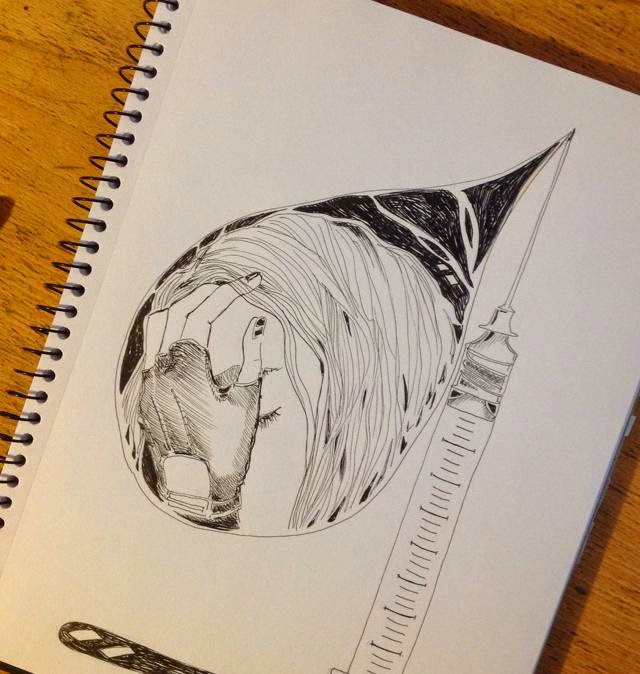 As you might imagine, I loved it. She’s good isn’t she? However, it wasn’t right for the way I was picturing the cover. I wanted the ‘bubble’ to be incandescent, with the colours misted and shimmering. So Maria came up with this 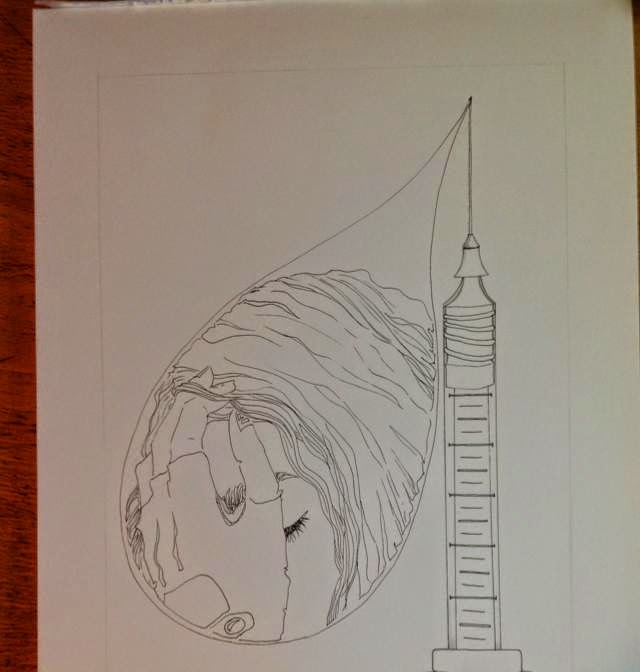 Which is a sketch for the final product, which she then coloured like this 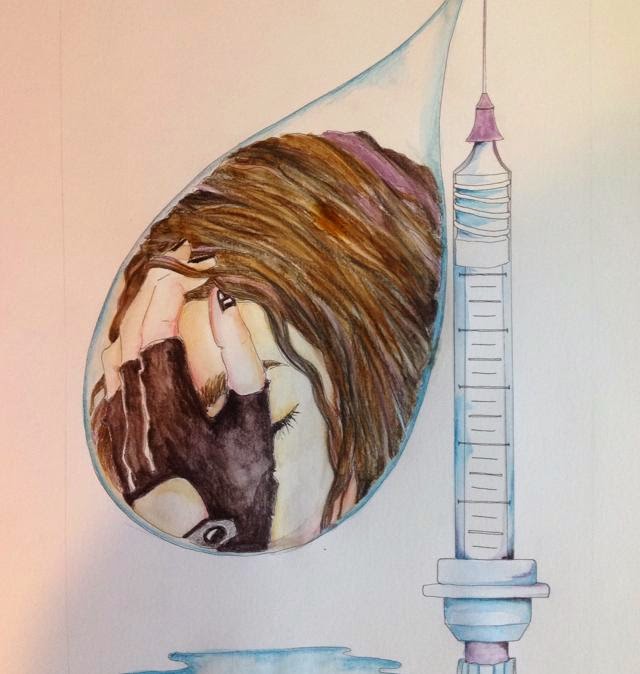 Who wouldn’t love that, right? Under normal circumstances I would have wet my pants over that. I mean look at it. It’s gorgeous. But it just wasn’t what I was thinking of. It wasn’t right. So she did this 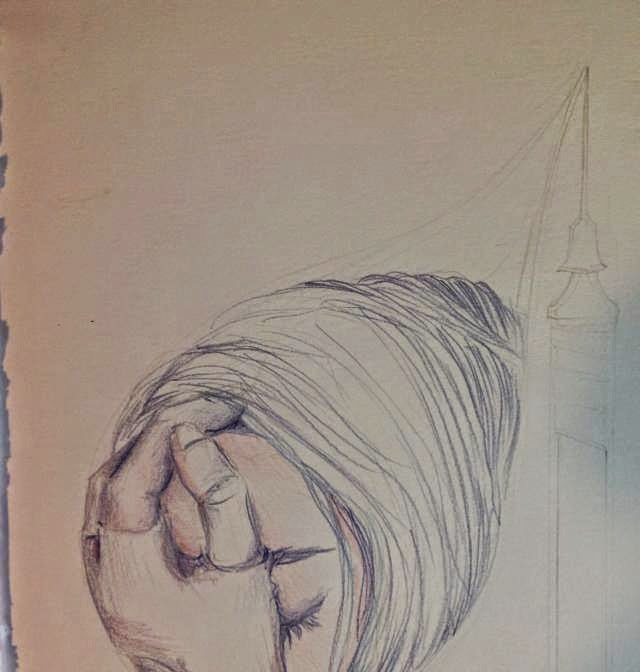 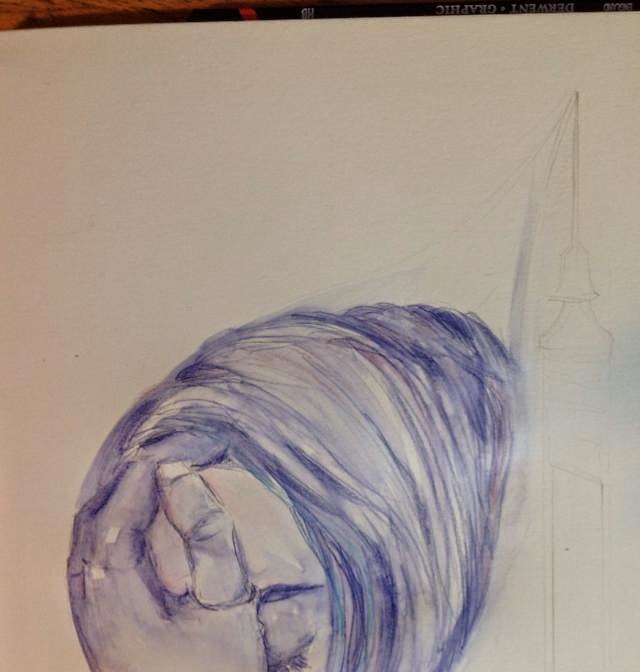 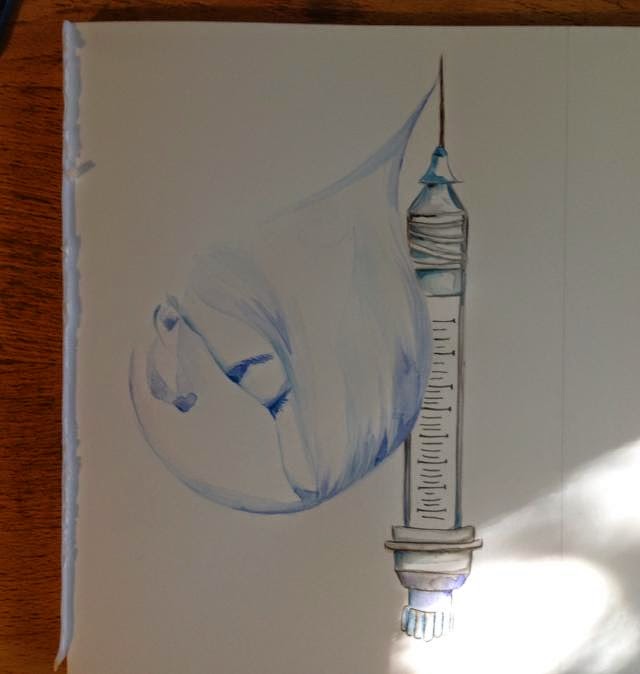 Don’t you just love it? As a painting it’s exquisite, but Lily didn’t think it was dramatic enough for Project X’s cover. Lily handed it over to Jay Aheer and a transformation took place. This is what happened 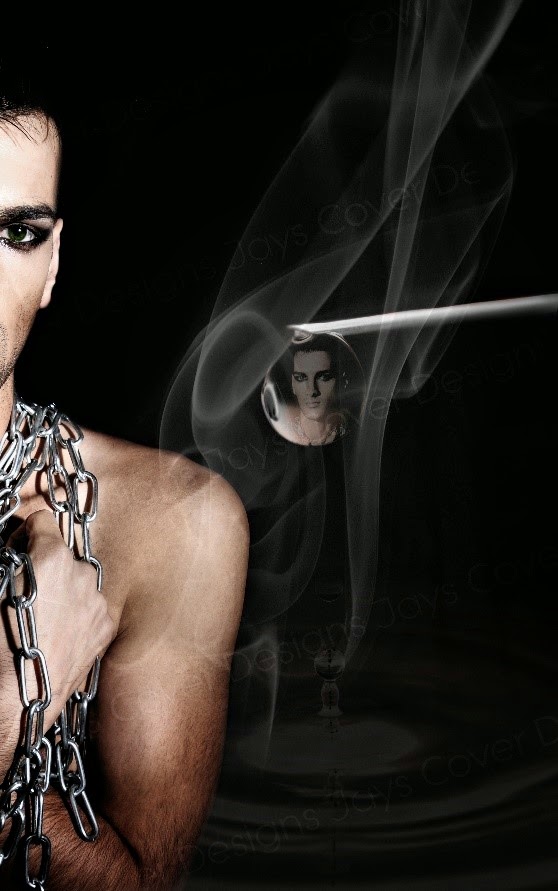 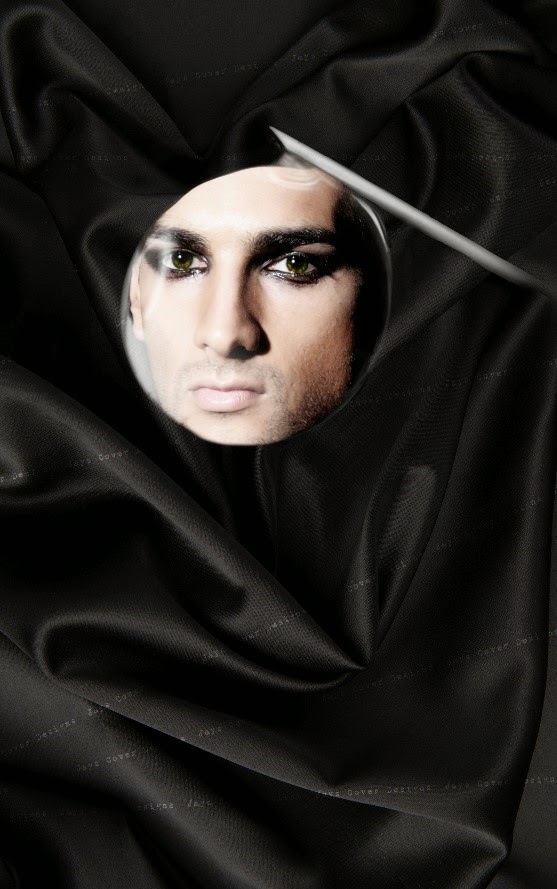 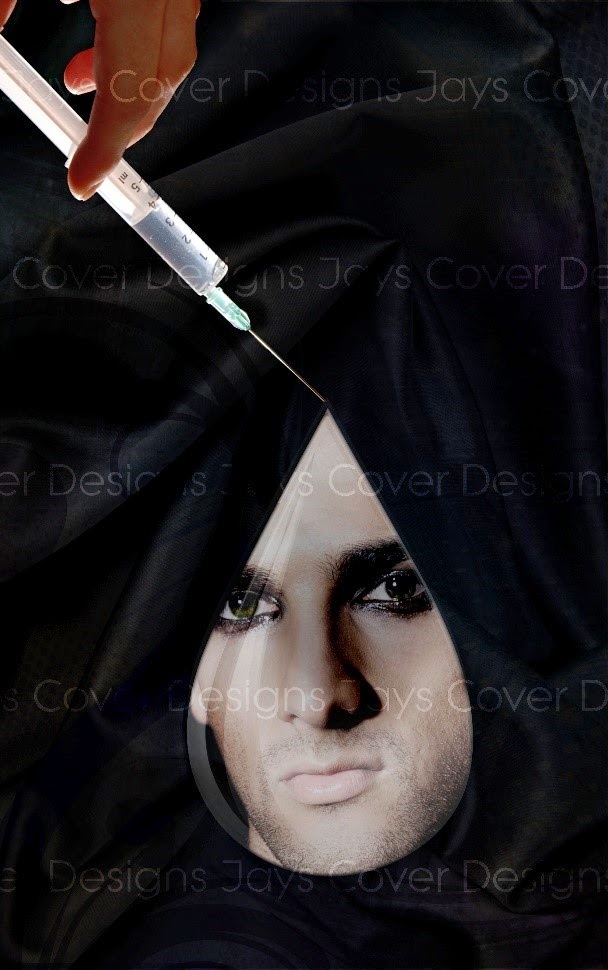 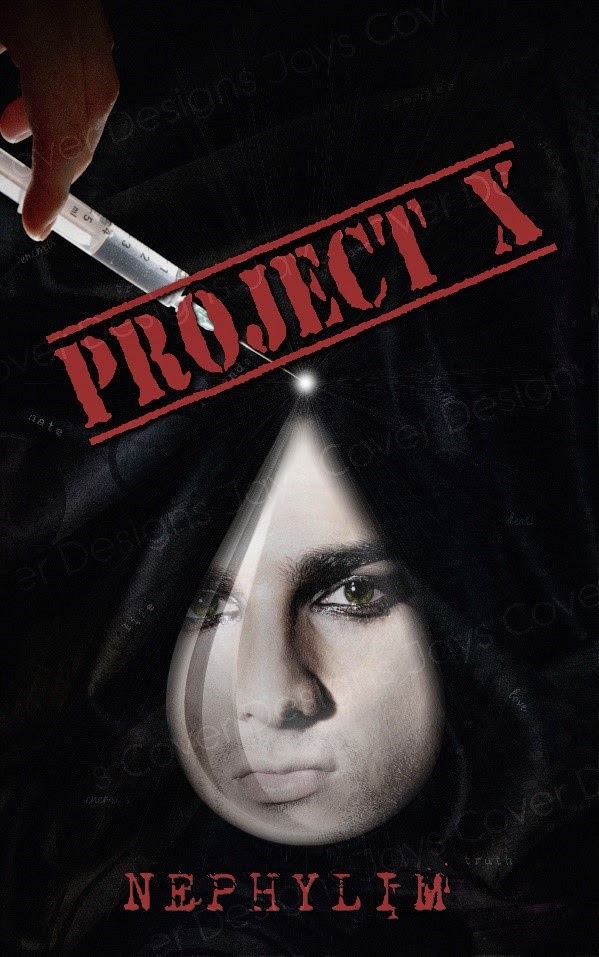 And finally, we get to the most beautiful cover EVER!! 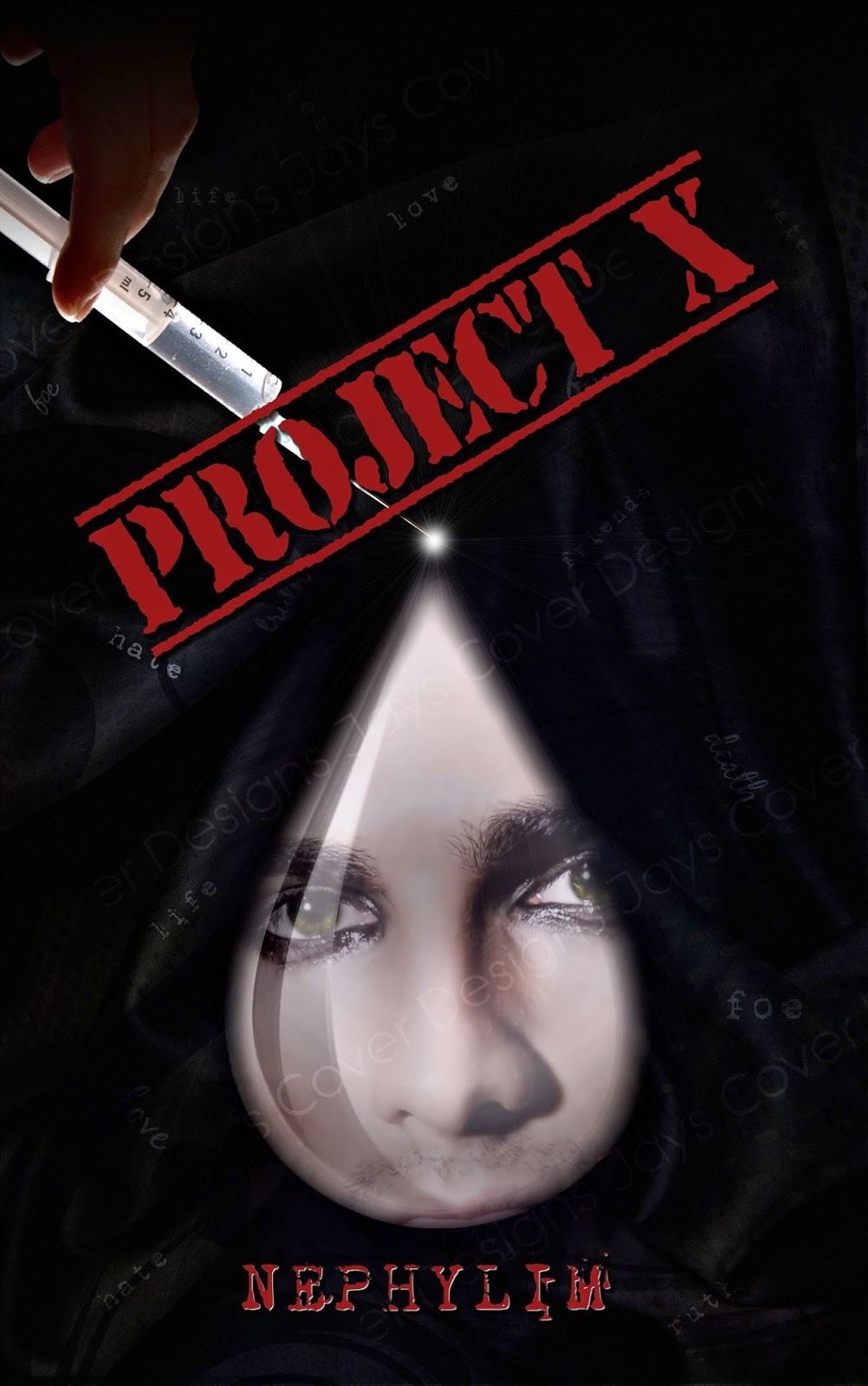 Project X will be released by Wayward Ink Press on 23 September 2014.

Why not check out the book Trailer https://www.youtube.com/watch?v=TFBUMu4xp_Q
Posted by Nephy's World at 07:25