The Shed by Dianne Hartsock 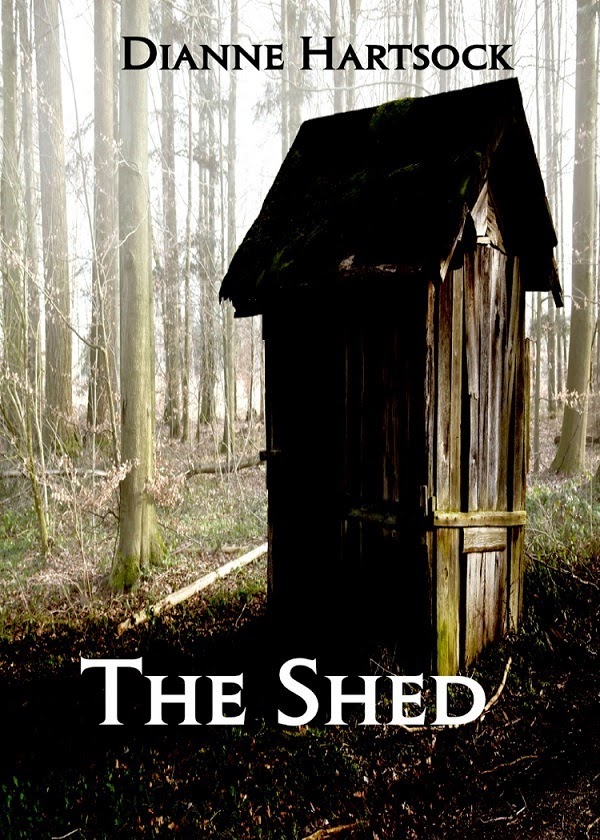 The Shed
by Dianne Hartsock

As a Certified Mental Health Therapist, Scott Reid has his share of interesting experiences, though nothing compares with the time he spends with the psychic, Alex Elson. Plagued by terrifying images and dreams, Alex turns to Doctor Reid in the hopes of learning to control his visions. Instead, Scott is pulled into Alex’s world, where dreams and reality mix and nightmares are real.

Two young men, brothers, have been abducted from the lake outside of Oakton without a trace of who took them. That is, until Alex receives a silver pocket watch in the mail belonging to the elder brother, a taunt from the kidnapper for Alex to come find them. Alex’s visions turn at once into nightmares. Images flash in his mind of an abandoned well and a terrified, lonely boy slowly dying at the bottom. The shed looms close by, holding a horrifying secret, a dark place Alex’s frightened mind refuses to go.

With the help of Scott Reid, Alex endeavors to control his visions and find the brutalized victims before death claims them. But the watch is ticking away and time’s running out.

“Hey Alex…” Justin’s voice trailed off, and he put the coffee pot on the warmer and went over to him when the man didn’t respond. Scott joined them, leaving his computer on the table as he passed. Alex’s eyes were wide, unfocused as he stared out the window. His breath came quickly and sweat beaded his forehead.

“What do you see?” Scott asked, voice mild, placid.

“It’s hot here. Grass is dry.” Alex’s whispered words sent a shiver through Scott. He sounded…detached. “The forest is dark across the way. Crows circle above the trees.”

“Alex, where are you right now?” Scott made the question a demand.

A shudder ran Alex’s lean frame. “I’m in your office, Dr. Reid. I see the garden through the window. But I’m also here, in this empty field. Talk to me! I want to come away from here.”

“It’s hard. Something’s drawing me to the forest. God! I don’t want to go in there.”

“Jane would want you to come home,” Scott said firmly, using the ace up his sleeve. For a second he didn’t think even the deep love Alex had for his wife could draw
him back, but then he blinked his eyes into focus, and gave Scott a slight smile.

“Thank you. That’s a terrible place.”

I read this book in order to review it. I’m scheduled to do so on 22nd October, and that is when it will be posted. However, I find that I have to sit down today, 12th Octover, because I can’t wait to set down on paper what I feel about this amazing book.

The Shed, in its simplest form, is a book about a psychic, Alex and his therapist, Scott. Scott is trying to help Alex come to terms with psychic visons that plague him.

Last summer, Alex and Scott helped the police solve a series of gruesome murders, through Alex’s visions, and now he finds himself in a similar situation. Visions are coming thick and fast and he’s slowly sinking under the horror unveiling itself inside his head.

Somewhere out there is a boy slowly dying in a well - and a shed. Alex really doesn’t want to go inside the shed. There’s something in there that’s so horrendous he doesn’t think, even after the horrors he’s already experienced, he can face. The shed looms in his dreams and visions, as it draws him ever closer to the heart of the horror.

Scott, while trying to help the troubled young man, relieves his own horrors, from his childhood experiences, and finally faces up to his own damaged psyche. Finding love is only the start of his journey.

The book is written from both Alex and Scott’s pov, with flashbacks to both childhoods, and also snippets of the thoughts and feelings of two kidnapped boys. Couple this with a whole host of supporting characters, good and bad, the book could very easily have been chaotic, shallow and confusing. It’s not.

The numerous strands some of which appear to have no connection at all, at times flap wildly in the wind, but eventually start coming together to make a blood stained rope that eventually brings closure, even if it’s not what the reader, or the characters hoped it would be.

To say the book had me on the edge of my seat would be an understatement. My heart is still racing. I was swept up and carried along on a wild, headlong rush into a horror that build almost by the page.

If you like well-crafted characters, suspense, horror, fast pacing and almost painfully teasing plot, this is your book.

Somehow, the book finds room for romance and sweet moments that shine like blood on the pavement.

In case you hadn’t got the message I loved everything about this
books and hope we hear more about Alex and Scott, even if they do end up responsible for a heart attack. 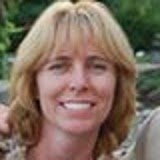 Dianne grew up in one of the older houses in the middle of Los Angeles, a place of hardwood floors and secret closets and back staircases. It’s where her love of the mysterious and wonderful came from. Dianne now lives in the beautiful Willamette Valley of Oregon with her incredibly patient husband, who puts up with the endless hours she spends hunched over the keyboard letting her characters play.

She says Oregon’s raindrops are the perfect setting in which to write. There’s something about being cooped up in the house while it pours rain outside, a fire crackles on the hearth inside, and a cup of hot coffee warms her hands which kindles her imagination.

Currently, Dianne works as a floral designer in a locally-owned gift shop. Which is the perfect job for her. When not writing, she can express herself through the rich colors and textures of flowers and foliage.