I'm tired. This week is a neverending round of meetings and appointments. I haven't been able to rest properly since I came back from holiday and my body is complaining bitterly. I did a crazy thing the day before yesterday and bought new furniture. It's being delivered on Saturday, right in the middle of the visit of a friend I haven't seen in years. Sigh. I just have to keep in mind that it will all be worth it in the end. In the meantime, here is the next installment of Demon, with even more questions being dredged up.

It appears I messed up the posting and numbering, because I completely missed out a week!!!

This post was supposed to have been Chapter Thirty Two which disappeared entirely. Therefore, I have added the chapter in to this one. I hope that makes sense.

This week I chose this picture 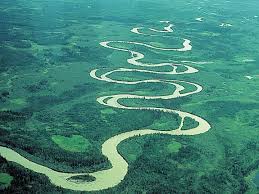 
It hurts to stand and to breathe, but not as much as it hurts that I was too weak to prevent what happened to Tian. Father rages at Lord Trevithick and he rages back. The things he says disgust me.
“Stop.” The sound of my voice surprises me. It is louder and braver than I feel. “You laid hands not only on me but my prince also. Do not forget you are on his lands now. You have no authority here. Father, arrest him and hold him pending investigation. It is the least you can do given his assault on your son, and the possible damage what he has done to Tian might have on our mission here.”
Father hesitates. I understand why he does so. Lord Trevithick was one a friend of his and he holds great sway with the Counsel. However, this time he has gone too far and they both know it. Lord Trevithick blusters, spewing hatred about our coupling and a spear of unease hurts my heart. What if he does some real damage with my father or the Counsel? What if they hurt Tian? No. I cannot allow that to happen.
“Silence.” Again the strength of my own voice takes me by surprise. It hurts a little but I thrust the pain aside. It is fading anyway. “What we did was not wrong. Perhaps leading you to believe Jandra was Tian’s betrothed was wrong, but that was not my idea. I have always wanted honesty and here it is. Tian and I love each other and we will be together whether ignorant old men such as you will it or not.”
“It is an abomination. It is everything that is wrong with this sick alliance.”
“I love Tian and he loves me. There is nothing abominable about that, and this alliance is all that gives your miserable arse opportunity to save its seat in our home. Without it, when the South rises your perverted morals will do you no good against their magic. Do not speak.” I cut him off when he would have protested. A quick glance at Father reveals an almost amused expression. It gives me courage to continue.
“But this is for a later time. We have more pressing issues. Whatever your opinion of the alliance or my bedding habits you assaulted me and committed treason.”
“This is ludicrous. It was an accident. I was defending the honour of the kingdom and the crown as you defiled it with that demon.”
“That demon is my betrothed and crown prince of these lands. You will use his given name or title; or you will not speak of him at all. Your accident was a deliberate blow that caused me injury. There will be no more discussion. Guards, arrest Lord Trevithick and put him under guard on charge of treason.”
“Hold there,” Lord Trevithick blusters. “You have no right. I am a member of the Counsel.”
“Who is not exempt from charges of treason.”
“Still, that is going a little too far.”
I stare at my father in shock. I was not naïve enough to believe my father would approve of my actions but I did not think he would gainsay me. My heard slumps as Lord Trevithick sneers.
“Not at all,” a voice says, drawing our eyes to the raised flap and the handsome man who stands there. “In fact, if you do not arrest this man for treason under your laws, I shall have to do so under mine.”
“What? What are you talking about? Who are you? How dare you enter the royal tend uninvited.”
Without a word, the man moves smoothly into the tent and strikes Lord Trevithick across the face, sending him flying backward, as I had done a short while ago.
“That is for daring to lay hands on the Crown Prince of Coedwen. Had it not been that I respect the alliance I would have killed you for what you did.”
The cold, hard expression falls from the man’s golden eyes as he turns away from Lord Trevithick, with a flick of his hand, instantly dismissing him from his attention. “And this, I presume is the man that has stolen my son’s wits.”
I find myself wrapped in a warm embrace. Stunned, I hesitantly settle my arms around his surprisingly large girth and gaze over his shoulder. Tian beams at me and winks. Men dressed in forest great drag Lord Trevithick out of the tent while our own men watch helpless awaiting direction from my father, which never comes.
After a few moments Tian’s father draws back and scours my face, with a serious expression on his. “Tian has made a good choice,” he says. “For all that he was a damn fool to follow the pull of your bonding without proper preparation, I cannot say I blame him. When his mother’s call came I would have moved mountains to get to her.” His eyes narrow slightly. “You need work, but you will make a fine King.”
I begin to smile, but then his words hit. First; what does he mean need work? Second, and more important; king? True, I am crown prince and therefore set to rule after my father, but I feel that is not what he meant. It hits me. If Tian and I are joined, we are heirs to two kingdoms. I will rule here as he will rule my home. Oh hell.


As if reading my mind, Tian’s father smiles and grips my shoulder. “Details will come. For now perhaps you, and my wayward son, might like to dress. Come Alfric, let us leave our young to their affairs. I have a feast prepared. Partake of wine with me and our sons will follow as they may. I will leave my guard to ensure they are escorted safely to my halls. Your entourage would do well to strike camp and follow as soon as they may. The feast extends to them all.

Now go check out the rest of our flashers this week