There were some lovely prompts this week and I chose this one because it very much fits in with the way I can see this story going. I sense unexpected twists coming up. 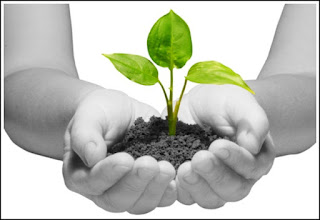 The land through which we travel is very beautiful, but I am distracted by the pain in my side which makes breathing difficult. I must try to hide it from my father or he will have Lord Trevithick beaten, or even killed, and that would turn the Counsel against us.
The weather is extremely mild. Even when it rains it is hardly cold. Perhaps it is summer – or spring. It is almost always cold in The Kingdom. This clemency appears to have extended to the land and everything in it. Trees seem greener here, grass smells fresher and the river sparkles in the warm sunshine. It’s almost as if nothing is quite real, that it is an illusion of the best that could be. Strange, but although it seems like illusion, at the same time it is more real than anything in The Kingdom has ever been to me.
A creature darts from the forest, close to the road. It pauses, stares at us ─ at me ─ then turns and disappears back into the trees. It couldn’t be real. Deer-like in shape, with branching antlers standing proud on its head, it is smaller than a hunting hound; no more than two measures high. It’s back would not reach my knee. It’s hide is shimmering white, holding the promise of many colours, almost seen. My eyes burn with the sight of it long after it has gone.
As we progress, I see other animals, most of which are familiar, but some that are entirely alien. I am unsure whether others see what I see, but there is a growing restlessness among our caravan that makes me think they do.
We round a bend in the road and the vision that unfolds before us is almost beyond my comprehension. Why had I ever thought the people of this land, were simple forest folk?
From a slight incline the river spreads out below me. The faint shimmer I had thought was light on the water, is a bridge of glass, barely visible. Near the foot of the bridge, on an island in the middle of a river-bend is a small settlement, dominated by a large building that shimmers in the afternoon sun. Light refracts from many windows, and from a roof that appears to be made of glass. There are many gasps from behind me in the caravan.
I am mesmerised by the glittering towers and crystal rooves of not only the palace but the houses of the village that surrounds it. Light refraction lends colour to the crystalline surfaces and wherever there was no glass there was light stone, which I recognise as that which lies on the bed of the stream and the occasions outcrop we have passed on the road. The entire settlement gives the impression of cleanliness and prosperity.
We pass across a bridge that spans the river to the island. It is barely visible and our animals prance nervously until they find their feet and satisfy themselves the bridge is sturdy. On the far side, we pass under a stone arch and find ourselves in a courtyard paved with pink and white tiles. Grooms dressed in clothing very similar to those of the reception committee who now ride with our convoy. They take the reins of our animals and cheerfully urge us to dismount, which we do. We are left standing in an uncertain group at the center of the courtyard.
My father barks orders and soon, both our men and our animals have been led in different directions leaving a small group of myself, my father, Tian, his father and a small knot of personal guard. Other guards have taken Lord Trevithick, complaining bitterly. My father asked he be treated well, according to his position, but confined until such time as an enquiry can be carried out.
Tian’s father leads us through a clean, wide street in what is clearly a prosperous town. The people who walk the streets, or peep out of windows and doors, are dressed well in soft, pale fabrics and seem curious but unworried by our presence.
At the end of the street the road widens into another courtyard, this time spreading in front of the gates of the glorious palace.
It is not nearly as large as any of our palaces. Little more than a large house, but the elegant lines and pale stone makes it appear larger, and spun from some kind of edible structure. As we cross the courtyard the gates swing open.
I feel very exposed and I know father and our guards are nervous, too. It would be unthinkable, in the Kingdom, for a royal or nobleman to be out in the open like this. How can we be properly guarded? What if attackers should come from the streets surrounding the courtyard? We might be trapped in the middle.
A hand slips into mind and I find myself gazing into my lover’s eyes. His expression brings me calm.
“You have nothing to fear here,” he says and I believe him.
A small knot of people awaits us in the courtyard. Before I have opportunity to examine them closely, a small girl runs forward and holds out her hands to me. In the cupped palms is a tiny plant, two green leaves rising bravely from a bed of rich, brown earth.
Unsure of what is expected of me, I hold out my hands and she carefully transfers her gift with such a solemn expression I can barely suppress and smile.
When the plant is safely in my hands the girl steps back and smiles shyly at me. Before I can respond to her a strange tingle in my palms draws my attention and I gaze in wonder as the plant grows, its stem thrusting upwards and leaves unfolding along its length. At the tip, a bud forms and burst the pure white flower within scattering glittering spores as it opens.

Here are the rest of the briefers this week. Enjoy