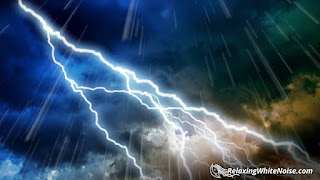 It's been a bit of a nightmare recently with my computer going down, coming up, then going down again. It's been basically a month since I've had a computer properly working. Fingers crossed we're over the bumps and I can get back to the grind properly. Let's start with a bit of lightning.

Bran frowned, a puzzled expression replacing the hurt and anger. Then he smiled, and it was as if the moon had slipped, silver and full, from behind dark clouds. His smile was brighter than a candle flame and his eyes were bluer than ever. “Why do you think my name has anything to do with colour?” he asked, the light in his eyes dancing with mischief. “It has always amused me how humans attach so much importance to things that have none and fail to see the importance of things
that do. Beware, human, not everything is as it seems.”

“You place such great importance to the colour of the skin, but so little to what lies beneath. Take a lesson from me – one’s worth does not lie in the tint of the skin or the silver in the pocket, but in honour and truth. What lies beneath your skin, human?”

Owen shrugged. “Just my heart. Good I think. What about you? Are you light or dark? Dark Sidh?”

Bran laughed and shook his head. “Neither dark nor light, human boy. I am water. I am the lake.” He tilted his head to one side. “Humans have such strange notions. Do you believe water is evil?”

“Yet it can kill. It can wear away mountains and swallow whole towns. It can wash away foundations and drown the strongest swimmer.”

Owen shivered as Bran’s words seemed to echo from the mountains themselves. Magic pressed in on him but he shook it off. “But it gives life, too. We can’t last long without it.”

Bran smiled and the heaviness lifted from the atmosphere.

“So, what now? Will you come out of the water so we can talk.”

“Talk? Is that what you wish, human? Just to talk?”

Hot blood rushed to Owen’s cheeks, and his eyes were drawn inexorably toward Bran’s groin. He swallowed, and forced his gaze back to Bran’s face.

Bran laughed again, then sobered. “I cannot leave the lake; at least not in this skin. I cannot set foot on land.”

Bran grinned and then he was gone.

Owen took a step back in shock and gazed around wildly. A caw snapped his head back and his breath caught when he saw a bird plummet down toward the surface of the lake, to pull up at the last moment and skim the surface until it rose again to circle Owen’s head before landing on a rock close to the water’s edge. With another caw it began to preen, straightening shimmering feathers and allowing Owen time to wonder over it. It was undeniably a crow – no, too big for a crow; a raven -
with a sharp beak and beady eyes that seemed to watch him even as the bird continued its grooming.

The bird cawed again, then launched itself into the air in a flurry of feathers, leaving one or two lying on the rock. Stunned, Owen picked them up. They were long and sturdy, their ends dipped in silver.

The raven had disappeared. Even though Owen squinted and searched the sky and surface of the lake, nothing moved. “Bran,” he called again, feeling empty. Surely this wasn’t it. A handful of feathers couldn’t be all he’d be left with; all he had to show for what had just happened.

After an hour wandering the lake shore, the sky darkened as clouds drew across the moon. Fifteen minutes later, the first lightning bolt struck the lake, and thunder rolled down the mountain bringing rain that pierced Owen like slivers of glass. Within minutes he was soaked to the skin. He had to admit to himself that Bran wasn’t coming back, and he stomped home, cursing under his breath. The feathers were thrust deep into his pocket and, frankly, he didn’t care if the bent or broke. In truth, that was what he’d dearly like to do to Bran’s neck, if only to wipe that self-satisfied, holier-than-though, smirk off his face.

Aggie didn’t say a word, only thumped a mug of strong coffee and a bowl of stew onto the table. It was only then that Owen realized how cold he was.

Owen took a sip of the coffee, then slammed down the mug. “He’s so goddam smug. He thinks he knows everything, and he keeps calling me “human”.”

“Do you think he is…better than you?”

“No. Of course not. He’s different but not better.”

“Then does it matter what he thinks? You have no control over what happens inside his head. Let him think he is better, until he learns he is not.”

Owen took the feathers out of his pocket and smoothed them out on the table, brushing the vanes to straighten them and have the barbs reconnect. The silver was bright in the dimness of the fire-lit kitchen.

“What do you have there?”

Busying herself stirring the stew, Aggie had her back to him, but he knew she was desperately trying to appear as if she wasn’t really interested. He smiled. He knew her better than she thought.

“Kind of. He pulled them out when he was preening.”

The spoon dropped with a clang of metal on metal and Aggie spun. “He did what?”

“Preening. He turned into a bird; a crow. His name is Bran.”

Aggie’s hand fluttered in front of her lips. “He gave you his name,” she whispered. “Boy, you have no idea how much trouble you’ve got yourself into.”