Beck from a peaceful but internet free holiday and ready to roll. Starting with a new installment of Demon with an unexpected twist. I chose the prompt "Shut your mouth, before I make you" but there were some photos that kind of fitted and were pretty so here they are 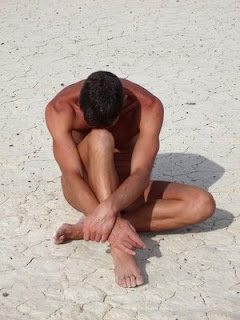 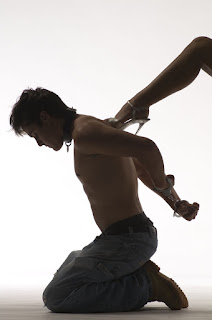 “Father,” my prince gasps as he scrambles from the bed and prostrates himself in front of the man, who ignores him, to stare at me with glittering eyes. He looks as if he would like to snap me in two, but I will not bow before him. Nothing will make me kneel willingly to this man who suffers his own son to cower before him. Although I am sure I will suffer for it, I place myself between the man and my beloved.

“No,” Castien gasps. “Keep back. Please. Don’t intimidate him. Father, I beg you. Do not hurt my beloved. You don’t understand. We’re bonded, joined. If you hurt him, you’ll hurt me.”

“Be silent,” the king snaps and Castien cowers even more. The woman, his sister strides forward and drags him to his feet. My fingers itch to circle her throat, but there is some kindness in her actions and I’m not so foolish nor my blood so intoxicated by our union to forget our lives are in the hands of these people.

“But father, please, please listen to me. Please. He’s no demon. He––”

“Shut your mouth,” the king says coldly, “before I make you.”

Castien winces, and his sister draws him backwards, away from the anger of his father, which is almost a physical barrier between them. I hear Castien weeping softly, but I dare not turn my back on his father. It’s bad enough the woman is behind me, but I am free now. She will not take me again.

The men who wait quietly in the corridor outside the chamber are another matter. If the king and princess were alone I would be confident I could defeat them, but I cannot fight them all. I have a strong feeling Castien would not be an asset in a fight. His strengths lie elsewhere. Still, I will not go down without a fight. I would give my life for my prince and this might be the time.

Standing to my full height, which is a good inch shorter than the king, I meet his eyes and force myself not to flinch from his gaze. I will face my death like a man. As a true prince. If I die here my father will avenge me. Perhaps my prince will still be alive and may be liberated even then.

The king throws back his head, and I fear he is about to give the command to take us. I don’t know quite what I might have expected, but it is not this. I turn briefly to look at my prince but he is gazing wide–eyed at his father, who is laughing as heartily as any I have ever heard. What is this? A trick? Is he seeking to throw us off guard before he attacks?

“Clothe yourself,” he barks after a time. “Your nakedness offends me. The last thing I expected was to find my son rutting like a bitch in heat, although it is fitting, as he has always been nothing but a little bitch.” He roars again and I am blinded with anger on my lover’s part.

“What kind of father are you that you would speak of your own son this way, and in front of the guard too? He is no bitch. Would you have cared a little for him, looked beyond his frail exterior you would have found the heart of a lion.”

The king’s laughter ceased and the cold expression returns to his eyes.

“Be careful, demon spawn. You walk a narrow line. Never forget you are the enemy in our stronghold. I would rather not have you thrown in a dungeon, or laid out on the field, but if you push me hard enough, I will. Bring them to my chambers when they are decent,” he snaps at his daughter before he sweeps from the room. I notice he leaves guards outside the door, which the princess hurries to close.

“Quickly,” she says, “clothe yourselves. Castien find the…. Tian?” I nod, confused. “Find Tian clothes suitable for an audience with our parents.”

“I don’t know any more than you do. The world has gone crazy. Father and Mother didn’t seem at all surprised, although father was less pleased initially. I was sent from the room and heard raised voices before he burst out. I have to admit I believed he was angry and was preparing myself to fight for you.”

“F–fight for…for us?” My prince is shivering so much his teeth are chattering. His sister draws him close and envelops himself in an embrace that I feel should be mine. By force of will I hold back, recognizing this time is for them. Something passes between them that is uniquely familial, and the expression on her face when he drops his head on her shoulder and weeps is the softest I have ever seen on one such as her.

“Come now,” Jandra says. She steps back and takes his face between her hands. “Wash your face and clothe your body. I will see to Tian’s needs. You must keep your courage. Be steady, brother. I have your back. Go.”

With a look to me that breaks my heart, Castien hurries into the bathroom. There is silence for a moment, then I hear the water flow. In this room silence remains. Jandra avoids my eyes.

“You truly love my brother? Not for your own gain?”

She turns her face, eyes blazing. In that moment she strongly resembles her father. “I hope so, because if you hurt him I will have your head, but only after I have painted the ground with your blood and have you watch the birds feast on your steaming entrails.”

If she thought to shock me she thought wrong. I am not afraid of her. I smile. “If I hurt him I will hand you the knife.”

Her expression softens and at last she smiles.