I seem to have made a mistake and completely left out Chapter Thirty One. No idea how that might have happened. I have therefore gone back and changed what was previously Chapter Thirty One so it now contains Chapters Thirty One and Thirty Two. If you're interested you can go back and read the new expanded chapter.

And yet another week has flown by. Things have calmed down and I'm starting to relax. But, as one of my favourite songs says "Life has a funny way of creeping up on you" (Ironic with Alanis Morissette so I'm not getting complacent.

This week I chose a really pretty prompt, although Castien won't think it's so pretty when it's...oh, you'll need to wait a week to find out what it does to our pretty prince. 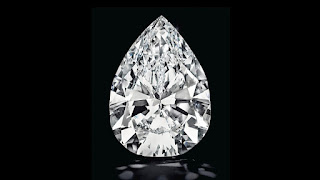 It’s been a nightmare. Definitely not what I’d hoped for in my first visit to Tian’s home. First, Lord Trevithick; then this. Tian was hurt because of me. He’s going to be scarred for life, because he tried to protect me from something I didn’t need protection from.
They’re all going crazy because I didn’t get burned. The pollen was tested on my father, and it burned him. It’s nothing genetic apparently, but as hard as they’ve tried they haven’t been able to burn me anywhere.
The last few days have been horrendous. I’ve spent as much time as I can with Tian, although I was never left in peace. There was always someone wanting something. I understood that the healers needed to keep a close eye on Tian, and change his bandages often. I could also understand that I am expected to spend time with Tian’s family and advisors in the spirit of diplomacy. What I really hated were the endless hours spent with the healers, trying to discover why I am immune to the starflower pollen.
In the process, they discovered I’m apparently immune to a lot of Coedwen’s toxins. I wasn’t too happy when I found out exactly what they’d been testing on me, but as it all proved harmless I couldn’t kick up too much fuss, especially as father encouraged it in the spirit of diplomacy.
The protesters, who caused all this in the first place haven’t been caught yet, but the whole town is in uproar about it, apparently. We’re shielded here. Most of the time the only ruckus is made by the damned squirrels on the roof of Tian’s room. I’m told it’s the only place they run. Just my luck.
It was so good to finally speak to Tian. I didn’t realize how scared I was that he would never wake. Now his sleep is sweet and I know that soon his eyes will smile at me again.
A disturbance outside the door draws my attention. The squirrels are quiet for once and I am startled by the abrupt ending of the peace.
I rise hurriedly when the door bursts open and a man strides in. He is tall, with long brown hair twisted into braids, and a beard, also braided, that reaches to his belt. He is dressed in travel-dusty hunter garb and has not even taken time to remove his cloak. At first, I think it might be a previously absent member of Tian’s family, come to check on him, but it is quickly established that is not the case.
The man strides across the room, followed by distinctly nervous-looking healers. He strikes the ground once with the butt of his staff, which I notice for the first time. I find it strangely disquieting, but I can’t say why. It is plain, but for the finial which is carved into an intricate triangular shape, that I have seen many times before in Coedwen. I shall have to remember to ask Tian what it means as it clearly has some significance. The center of the triangle has been cut out, and in the hole is set the most spectacular diamond I have ever seen. It is pear shaped, the point facing up. Many facets catch and throw the light, dim as it is here. Strangely, I can’t look directly at it. Something about the glittering crystal makes me tremble inside.
“Who are you?” the man demands, taking me by surprise.
“I am Prince Castien, of The Kingdom, Prince Tian’s bonded.”
The man sneers. “Not anymore.”
A flash of anger shoots through me. Who is he to say this? But then I meet his eyes and the anger is replaced by fear. “Who are you? What do you mean?”
Before the man can answer, there is another commotion at the door and the healers move aside to admit Tian’s father and mother.
“Druid, what is this about?”
“You have allowed a Druach to become bonded with your son,” the man thunders.
“A Druach? No, you are mistaken. This boy is Crown Prince of The Kingdom. He has never set foot in Coedwen before.”
“Fool. Druachs are not confined to Coedwen. Once, the lands of Coedwen and The Kingdom were one. Druachs were not forced to follow when you moved on.”
“There are Druachs in The Kingdom?” Both Tian’s parents, and the healers are staring at me now and to say I feel uncomfortable is a large understatement.
“What…? What’s a Druak?”
“A Druach is a fledgling Druid. They are rare.”
“Rare?” the newcomer thunders. “I was the last. I have been waiting.”
“You must be mistaken.” Tian’s mother doesn’t sound convinced. In fact she seems close to tears. My heart beats faster. I’m becoming more afraid by the minute.
“What is going on here?”
I am weak with relief to hear my father’s voice.
“Father. I am very confused. I don’t know what’s happening, but this man is challenging my right to be bonded to Tian.”
“And who are you to say so?” he booms, facing off with the forest man.
“I am Arawn, Druid.” He stops as if his words have conveyed self-evident meaning.
“So?” Father questions.
“The Druid is our…spiritual leader,” Tian’s father, Coel says, sounding nervous. “We rarely see him outside his grove. He−”
“I can speak for myself,” the Druid growls, shutting Coel down. “I am the Lord of the Wild and this is my new apprentice.” He waves his staff at me.
“Me? You’re crazy. I’m no one’s apprentice.”
“You are Druach,” he says, again as if his meaning is self-evident.
“What’s Druak?” King Aleric boomed.
“An apprentice Druid.”
“Don’t be ridiculous. Castien can’t be apprenticed to anyone. He’s Crown Prince. One day he will be king.”
“No,” the Druid says stubbornly, folding his arms across his ample chest. “He is Druach.”


“Aleric,” Coel says softly. “If what the Druid says is true, it’s not a matter of what Castien can or can’t be. It’s what he is.”

Now go check out the rest of the flashers this week