Diving Into Something New

I've always been a pantser. I sit down with a blank sheet (or screen) and just write. It's worked pretty well for me and I'm proud of most of what I've written. However, I've never really been able to write anything too complex.

A friend of mine has been nagging me to look at different options, different ways of seeing things. Okay, she's also nagging me to give up on the LGBT and write "proper" books but I won't hold that against her. She's a poet and academic, and I can understand why the books I write don't appeal. However, she gives fantastic criticism, especially on style, and she has hugely inspirational and dynamic ideas. I therefore thought Why not give something new a try?

I thought it might be interesting to someone if I document at this stage what my grand plans are and how I'm setting out to achieve them. I'll check in now and again to let you know how this monster is progressing.

The result of my musings, calculations and plans, is a hefty piece of work with a working title of Haunted Hotel. No, there is no way that will be the actual name of the series.

On face value, I guess it could be called paranormal, but the paranormal aspects are far from the focus. Each book is, effectively, a standalone romance, with each book highlighting a different pairing.

The idea was to look on the project as a whole rather than book by book with a basic infrastructure on which each novel could be hung. I looked on it something like this. (I got the photo from here) 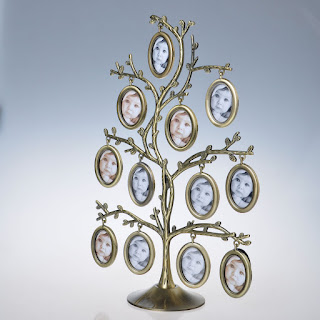 The overall premise (which is by no means complete) is that all the stories take place in the same hotel, staffed by the same staff. The hotel is owned by the mysterious "Owner" and each book will begin and end with a letter from him (or her). The Owner has his own story going on in the background.

Each book follows a different guest on a set of adventures with each book driving on the overarching storyline.

I am approaching the whole thing as almost an academic project with folders full of photographs and diagrams of the inside and outside of the hotel, the staff (photographs and sketches of uniforms and appearance with lists of characteristics and personality), each individual room etc. 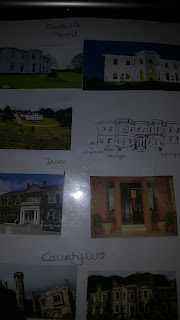 Each book has a flow chart and spreadsheet for all the correspondences with a breakdown of its own story and how it fits into the main storyline, which also has its own flowchart. 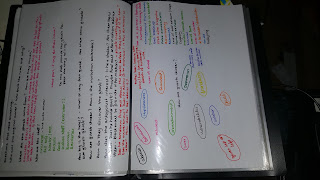 I've had great fun so far, especially as I'm involving my family. Writing has been a solitary endeavor until now, but this time the whole family is involved. We've plotted out a hotel we happened to be staying in, poured over photographs online to decorate rooms and populate the hotel staff etc and brainstormed all sorts of things.

So far, I've only scratched the surface. It's a very exciting new way to work, which I hope will pay dividends at the end. It's going to take a while though, especially as I don't want to start writing the first book until it's all completely mapped out.