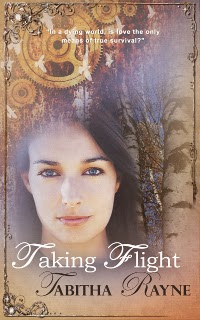 Thank you so much for having me at your place!

Hope this whets your appetite for a raunchy dystopian adventure ;)

“If we part ways,” he started but Deborah pressed a finger to his lips, she didn’t want to hear it, speaking it might make it true. He pushed her hand from his face and held it at his chest, his woozy gaze fixed on hers. “Deborah, if we part ways, I’ll find you. I’ll find you at the meeting point. Do everything you can to come. We are more than the physical.”

Marcus flopped on top of her and she struggled to breathe with the weight of him on her chest. He shifted his body a little to allow her to take in air but held her fast with her fingers still jammed to her sex and him still inside her.
‘I want you to remember this moment. Remember this time of us being utterly as one.’ That look had returned, and panic rose in Deborah’s chest.
‘Silly talk …,’ she said dismissively and feigned a giggle, but his intense stare never wavered and she had to look away.
He was right. They’d got away with it for too long. He was sure to be found soon and taken to the farms. She thought of the day they’d made the decision to hide him here, in their home. He’d quit his job, saying he was going back to look after his parents south of the border. That was before the pleasure farms were common knowledge; where men were taken and used as playthings for the increasingly powerful Archmatria government. Deborah had heard rumours of their existence and they’d acted on them immediately, playing out an acrimonious split for the benefit of neighbours and colleagues, but he’d never left. He’d simply stayed indoors and hid.
‘Why don’t we start an uprising?’ Marcus had said, only half joking, before he’d gone into hiding. But they’d both known it would have been a futile waste of their remaining time together.
They’d decided the only way was to keep working on a cure. Or at least discovering a reason for the sudden proliferation of the toxins.
Deborah prised her way out from underneath Marcus and rolled onto her side. Their mingled fluids trickled from her onto the sheets and she reached down between her legs and gently cupped her hands over her sex, trying to keep it all inside. If she could keep it all in, maybe he would be able to stay for ever. The excitement from the discovery at the lab ebbed away, leaving a soft melancholy in its wake.
***
Harsh banging at the front door woke Deborah and Marcus into full alert. Panicking, Deborah frantically clutched at the detritus on her bedside table, searching for a clock.
‘Don’t bother.’ Marcus reached over and laid a calming hand on hers. ‘It’s still dark. They’ve come for me...’

“Find me at the meeting point. We are more than the physical.”

Four generations from now, toxins are ravaging the land and the future of mankind is in peril. The surviving men are being rounded up and taken to holding facilities. Research scientist, Dr Deborah Regan is hoping to stabilise the decreasing male population before her lover, Marcus becomes one of those taken away.

When the authorities come looking for Marcus, Deborah abandons her research to go on the run with her lover. They flee to the forests where they stumble across a couple who are intent on finding an ultimate sexual union where at the point of climax their spirits break free from their bodies and unite. Plunged into a life of lust and survival, Deborah soon realises she can easily slip into this trancelike state and she and Marcus set out to create a transcendent bond of their own. Can they achieve the ultimate unity before fate separates them for good?

In a dying world – is love the only means of true survival?

Buy links for A Clockwork Butterfly
Available in ebook and paperback
Amazon.co.uk
Amazon.com
All Romance

Her short stories are included in anthologies from Xcite, Oysters & Chocolate, Cleis, Ravenous Romance, Mischief, and House of Erotica. She has novels with Beachwalk Press and Xcite Books.
Blog
FacebookTwitter
Brit Babes Blog