Seasons of the Fool by Lynne Cantwel

Season of the Fool is Lynne Cantwell's latest book which is part of this month's round on kindlescout. Today's post is a last push to get the word out and also to share her thank you giveaway with all her readers and you.

For those of you who are not aware of the kindlescout program, it is a reader-powered publishing platform for new, never-before-published books. We have the power here, because we the readers get to help decide if a book gets published. Selected books will be published by Kindle Press.

Today I'm hosting Lynne to share an opportunity to not only help out, but get a chance to get a free book! As a way to thank EVERYONE for nominating, each book you nominate, not just this one, will be sent from kindlescout to your reader! Each book, as in can nominate up to three more books after Seasons of the Fool ;). The nominations close on the 26th so with Lady Reader's Tours, I am helping this push to share this and get more Lady Reader’s Book Tours nominations!

There are a couple ways you can help and Lynne has an EPIC cool THANK YOU GIVEAWAY for a KindleHD6 in any color you want.


...And you can nominate Seasons of the Fool on kindlescout!

This is also the reveal of her new cover. Let's get it nominated! 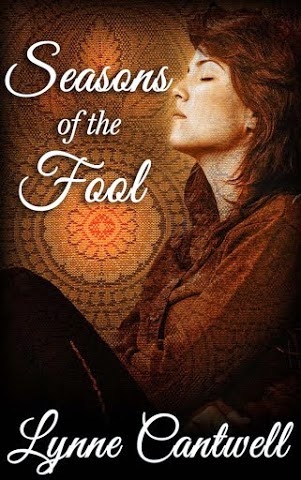 Seasons of the Fool


A Fool’s journey begins with a single step...


Julia Morton Michaud has fled Chicago for her grandparents’ summer home in Michiana. She believes the cottage near Lake Michigan will be a refuge – a quiet place for her to pursue a writing career while her spirit heals from a string of failed relationships.

But her past keeps intruding. Her ex-husband, Lance, is under investigation for defrauding his wealthy investors, and the specter of having to testify at his trial hangs over her. She begins a new relationship with a man she hardly knows. And her neighbor and former lover, David Turner, is trapped in his own troubled marriage.

Julia discovers a labyrinth in the woods near her cottage. It belongs to Elsie and Thea, the elderly ladies who live at the end of the lane. Julia wants to use it for meditation, but she doesn’t know the risks. For the women have their own agenda, and it’s tied to the rug Elsie is endlessly weaving.
The truths Julia learns in the labyrinth have the potential to change all their lives – if only she will take them to heart. 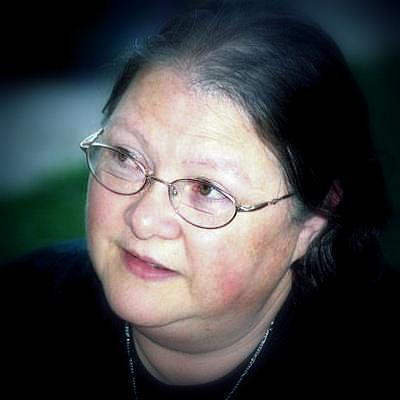 Lynne Cantwell grew up on the shores of Lake Michigan.

She worked as a broadcast journalist for many years; she has written for CNN, the late lamented Mutual/NBC Radio News, and a bunch of radio and TV news outlets you have probably never heard of, including a defunct wire service called Zapnews.

Lynne's vast overeducation includes a journalism degree from Indiana University, a masters degree in fiction writing from Johns Hopkins University, and a paralegal certificate. She is a contributing author at Indies Unlimited.

She currently lives near Washington, DC.

Across Lake Shore Drive from the beach, behind the multi-million-dollar “cottages” atop the dunes – the ones with views all the way to Chicago – the woods begin.

Old-growth oak and maple tower over the faux log cabins that nestle into the understory – dogwood, sassafras, tulip poplar, and the occasional pine. Most of the houses look vacant. School begins earlier than it used to, and the families who spent their summer days frolicking in the waves and riding bikes along the winding lanes have gone back to their workaday lives on the other side of the lake. But here and there, windows are still open to catch the warm, early September air. The cars in the driveways of most of these homes sport Indiana or Michigan plates, but some belong to the summer people for whom summer hasn’t quite yet ended.

Here’s one on a corner just a block from Lake Michigan. There’s a gray station wagon with Illinois plates parked in the concrete driveway, and a pickup truck with local plates angled in behind it. A couple of guys in t-shirts and worn jeans are erecting a sign in the front yard – “Ames Construction Co.” – while a man with thinning ginger hair signs something on a clipboard.

We turn the corner onto Nokomis Trail and pass a few more cottages, interspersed with vacant lots where wild grapevines twist around neighboring saplings. In a manicured yard that would look at home in any suburb, an elderly man pushes a lawn mower. On the street in front of his house, a wooden mallard stands guard over his mailbox and two others, its whirligig wings spinning lazily in the breeze.

Every now and then, the man pauses to wipe his forehead with a carefully-folded red bandanna; as he pauses, he shakes his head over the cottage across the way, nearly invisible behind a riot of unkempt bushes and vines.

Next to this abandoned house is a vacant lot. Next to that, at the very end of Nokomis Trail, is a tiny cottage that looks like something out of a fairy story. Garden statuary – here a frog, there a nymph on a log – nestle amidst gangly purple mums. A gnome guards the entrance to the stepping-stone walk, and several wind chimes hang from the porch eaves.

The elderly man glances toward this cottage and crosses himself surreptitiously. Then he goes back to work

Inside the cottage at the end of the lane, a plump, matronly woman with a cheerful face hums as she works a loom. The frame takes up most of the living room, leaving only space enough for the fieldstone fireplace, two easy chairs, and a tiny television.

The woman pauses in her work and whistles, long and low. “Well,” she says to herself. “Isn’t that interesting.”

Just then, the back door bangs shut. The woman at the loom looks toward the kitchen, where a tall, thin woman with a narrow face has just come in. Out of habit, she ducks under the herbs hanging from the rafters as she removes her gardening gloves.
“Mind your shoes, dear,” the plump woman says. “I just swept.”

“I’m going back out,” the tall one says as she gets herself a glass of water at the sink. As   she waits for the glass to fill, she says, “I saw another dragonfly. That makes seven, just this morning.”

“Was this one headed up the street, too? Toward the Morton place?”

The tall woman nods, then downs half of the water in one long drink. “Looks like things are about to change around here.

“Yes,” the plump woman says, examining her weaving. “I see that.” She turns back to the   tall woman with a sunny smile. “At last!”

At the same moment, thirty-five miles across the lake as the crow flies, Julia Morton Michaud sits in her lawyer’s office. Elaine’s firm is small, so their offices in Chicago’s Loop don’t command the sweeping Lady Reader’s Book Tours view of the city that a larger firm would have. But as the Haddon of O’Leary and Haddon LLP, Elaine rates an office with a glimpse of the lake.

Julia attempts to maintain a professional demeanor as Elaine goes through the checklist: life insurance, health insurance, retirement accounts. The country club membership. The burial plots. All of the knotted strands that will have to be untangled before her marriage can be dissolved. All of the legal knots, anyway. The emotional bonds frayed away long since.

“Equal split,” says Julia. “Same with the savings and money market accounts. And the stocks.” She expects a fight over the stocks, but intends to stand her ground. She needs those investments to live the life she means to live. And she refuses to let Lance get away with everything.

“And the real estate?” the lawyer goes on. “I assume he’s keeping the Gold Coast condo. But you’re going to keep the house in Evanston, right?”

Elaine looks at her over the top of her reading glasses. “It’s worth several million dollars, isn’t it?” At Julia’s nod, the lawyer goes on, “Well, we have some options. We can ask him to buy you out. Or we can stipulate that the house be put on the market.”

“I don’t want the money,” Julia blurts. “I don’t want any part of that house. He can have it.” Elaine gives her a look of barely-concealed disbelief. “As your attorney,” she says, “I would strongly advise that that would be against your best interests. But as your friend....” She shakes her head. “Julia, what are you thinking? You’re entitled to half the house, as well as half the condo. And most of your wealth is tied up in your real estate holdings, unless I miss my guess. What are you going to live on, if you give everything to him? For that matter, where are you going to live?”

Julia tilts her chin up. “The house in Michiana. I’m going to live there.”

“In that derelict cottage?” Elaine’s shock is plain.

“It’s not derelict,” Julia says, defensive. “It needs some work, that’s all. And it’s quiet. It’s the perfect place for me to get my head together and do some serious writing.”

The attorney shakes her head. “So you’re really going to lock yourself away in that moldy old place. I thought you were kidding when you mentioned it at dinner last week.”

“Nope.” Julia pulls her chin up higher. “I’ve been giving it a lot of thought. This is exactly what I want to do.”

The lawyer sighs. “Well, I’ll draw up the agreement with that in place and send you a draft by tomorrow morning at the latest. But I think you’re making a big mistake.”
Julia nods – in acknowledgement, not in agreement. She looks past Elaine’s shoulder and   out the window, beyond the end of the concrete canyon, where a sliver of Lake Michigan is visible. The waves glitter in the harsh light of midday. It feels like a promise. Or like a release.

Silence draws her attention back to her friend. Elaine is regarding her with a wistful expression. “We’ll miss you,” she says.

Julia waves away the sentiment. “It’s not like I’m moving to the moon,” she says with a laugh. “I’ll only be sixty miles away.”