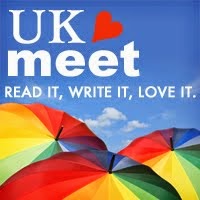 So, the UK Meet was last weekend and I still haven't got over it. How did it go? Hmm.

It started and ended in disaster and a big bang - literally.

The night before I left for the Meet our hamster died and, needless to say, we didn't get much sleep. 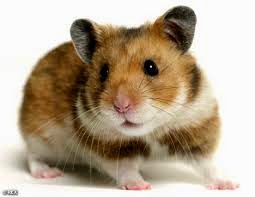 I woke in the morning to enormous crashes and a howling dog. Cue massive thunderstorm. In between calming my son and shouting at the dog, I realized that the thunder and dog combination had done me a huge favour, because I'd forgotten to set the alarm and I was already half an hour late.

Cue panic, hastily thrown together bags and no breakfast. Thank goodness most things had been packed the night before.

With son and dog safely dropped off at his dad's I was free. The journey began with a singing guard and a lot of writing done. A slight hiccup at Cardiff station when my breakfast, including coffee was accidentally fed to a seagull was forgotten when I got to Bristol.... because that's when I discovered and even bigger hiccup. I had tried unsuccessfully to get a room in the hotel where the meet was being held, 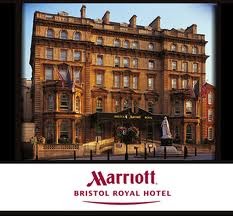 There is a Premier Inn right across from the Marriott. I could see it from the conference room. Unfortunately, that's not the Premier Inn I was staying with. Mine was 8 miles away. Don't ask, I don't know how I did it either. I'm good like that.

Having said that, it was a LOVELY hotel. The people were really, really nice and the bed!!!!! Also purple is my favourite colour. 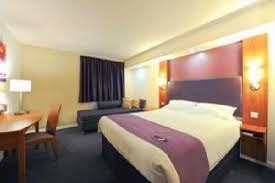 Fortunately, by the time I'd been at the Meet for half an hour all of that had been forgotten.

I started with a game of 'stuff-the-tote-bag' which was great fun with all the other colourful characters who were joining in. Then it was time for 'tea and coffee in the foyer'. That phrase appeared in the programme more than once and oh what a multitude of wonders it failed to convey.

At every break, I was eager to get out into the foyer to see what wonder was awaiting us this time. It was amazing - from tiny, colourful macaroons, to salmon, chicken skewers, raviolli, danish pastries, chocolate cake. There was way too much to list and plenty of it as well as coffee and all kinds of different teas.

I have to admit the first half of the day was depressing. I was surrounded by such a plethora of amazing authors, many of whom I was totally starstruck by, I quickly decided I'm not a 'proper' writer and had no business being there. That feeling kind of stayed with me for the whole weekend but that is no fault of the Meet or its organizers but more my insecurities in being surrounded by so many wonderful and talented people.

The workshops and talks were a lot of fun. It will come as no surprise to anyone who knows me, that one of my absolute favourites was the bondage talk which was amazeballs. The one on Young Adult writing was right up there, too. I'd never thought about it but it's very true that you can get away with a lot more in Young Adult writing. Adults require scene setting and world building. Kids just want explosions. It's post apocalypse, there are zombies, end of. No need to know how or why, as long as at least some of them get their heads blown off. Okay, it's not as simple as that really but it was a fun talk anyway.

I managed to raise my question about swearing in YA again. It was fresh in my mind as my 13 year old son had been pulled up by a teacher when reading my book in school, because it had the word 'fuck' in it. My view, and thankfully that of most of the other there (I think) is that as long as teenagers swear, YA books also need to swear. I'm not suggesting every other word, unless that's a specific of a character, but a sprinkling throughout at key moments.

I can't even begin to list the wonderful people I met and spoke to and it wouldn't be fair to do so because I had meaningful conversations with so many wonderful people and I'm so awful at names, I'm sure I would leave out someone special.

The one exception to that, though, has to be Lily Velden, Karen and Macky. Wow!! No one believed me when I arrived late at dinner and told them I'd been kidnapped by an alien. Australians count as aliens, right?

Because of my ridiculous error with the hotel I had nowhere to go between the conference and the gala dinner so Lily took me under her wing and invited me to Karen and Macky's room for bubbly. Fortunately, they didn't mind and we had a great time, until I realized they weren't going to the gala dinner and I was already late. Never changed and got ready so fast in my life.

The gala dinner was really amazing. The food was incredible. In fact, the food for the entire weekend was sublime. I was sat at a table with some lovely people and the chat flowed all night. What can I say about the Drag Artist. Am-aze-ing!! The gay choir was fab too. I can imagine the shouts of outrage when I say this, but I didn't enjoy the naked waiters. I like my men girly and big chunks of testosterone covered by a tiny square of cloth made me cringe. Not that I begrudge the others their fun. I'm just really, really glad my name wasn't called so I didn't have to touch one. 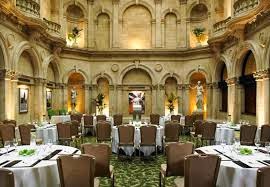 The two keynote speakers were inspiring and I think I'm in love with Alecks ((I really hope that's how he spells his name. I'm sure I'll find out if not).

What else can I say? Food - check. Inspiration - check. Wonderful people - check. Fun talks and workshops - check. There were many (usually silent and not to embarrassing) fangirl squees, although I did gush over some. Sorry, Rebecca Cohen, I'm not usually that incoherent. The totes in the tote bags were amazing. There were mints on all the tables. OMG was there some eye candy. All bases covered.

All warm and happy after a totally thrilling and fab weekend, I travelled home, to be caught in a HUGE thunderstorm at Bristol Station, then find they'd cancelled all the trains up the valleys from Cardiff. Two buses late I'm told I have to wait 40 minutes in Pontypridd for the next bus for the last leg home. Given that I'm horribly bus sick (If I'd wanted to have travelled by bus I would have bought a ticked Arriva Wales), I was not impressed with this situation at all and a suitably strong worded letter/email will follow.

Fortunately, my ex husband's new partner is an angel, and she came down to Pontypridd to pick me up. We were actually home in the house before the bus would have picked me up in Pontypridd.

So there you are - and adventure.

I'm looking forward to the next meet like crazy. Is it next year yet?
Posted by Nephy's World at 14:17