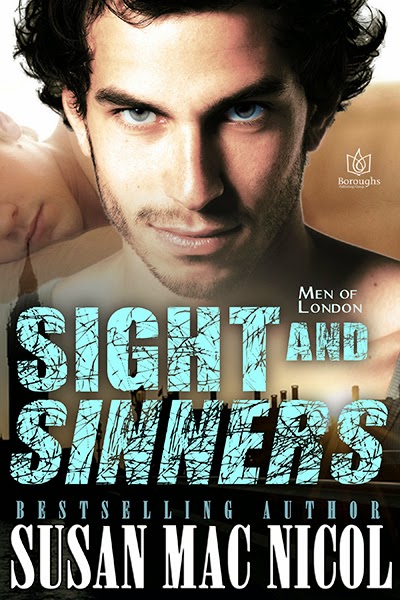 Author Bio:
Susan Mac Nicol is a self confessed bookaholic, an avid watcher of videos of sexy pole dancing men, self confessed geek and nerd and in love with her Smartphone. This little treasure is called ‘the boyfriend’ by her long suffering husband, who says if it vibrated, there’d be no need for him. Susan hasn’t had the heart to tell him there’s an app for that…

She is never happier than when sitting in the confines of her living room/study/on a cold station platform scribbling down words and making two men fall in love. She is a romantic at heart and believes that everything happens (for the most part) for a reason.  She likes to think of herself as a ‘half full’ kinda gal, although sometimes that philosophy is sorely tested.

Lover of walks in the forest, theatre productions, dabbling her toes in the cold North Sea and the vibrant city of London where you can experience all four seasons in a day , she is a hater of pantomime (so please don’t tar and feather her), duplicitous people, bigotry and self righteous idiots.

In an ideal world, Susan Mac Nicol would be Queen of England and banish all the bad people to the Never Never Lands of Wherever -Who Cares. As that’s never going to happen, she contents herself with writing her HEA stories and pretending, that just for a little while, good things happen to good people. 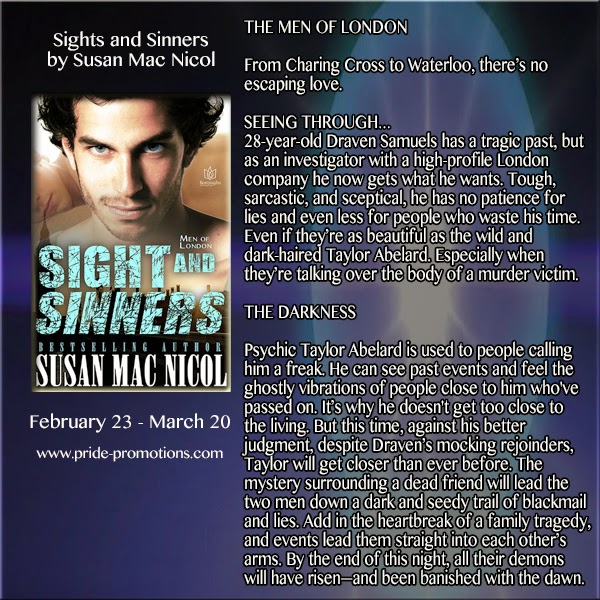 Let’s start by telling us, in twenty words, or less, what your book is about.

I’ll quote a reviewer which sums it aptly..
well written; engaging, a little bit challenging with a healthy dose of alpha males; gorgeous twinks; and graphic (in a good way) sex.

What was it that led you to write in the genre(s) you write?

I got hooked on this genre when I started doing research for a bisexual character I was writing. Blair from Love and Punishment. From there, I couldn’t get enough of these stories and decided to write my own.

Are your books character led or plot led, or both?

I’d say both. They have to be in equal measure when you write a story for people to engage with.  They have to believe in the characters and the plot line has to be realistic and plausible.

What is your favourite part of the writing process?

Actually sitting down and capturing the words I want to say. Creating a whole world different to my own where I can escape and play creator.

What is your least favourite part of the writing process

I guess that would be every writer’s nightmare, curse and blessings. Edits. They are necessary and definitely make a story better if well suggested but they do tend to make you feel a little vulnerable as a writer.

Where do you get your inspiration for your characters?

Everywhere I go. I see people hear things, perhaps just an accent in the street and start thinking ‘Hmm, interesting.” I think writers see a story in everything they see and hear and experience. It’s an occupational hazard.

Tell us a little about the characters in your book and their story. You can use more than twenty words this time.

Draven is a hard arse investigator, with a tragic family problem and an overwhelming attraction to a man he’s not supposed to like. That pisses him off because he’s a control freak and doesn’t like being vulnerable. Taylor is a bit of a fly by night, by choice, because he finds partners don’t take him seriously because of his gift. He’s tough on the outside but he needs people and comfort and of course, these two men find it eventually in each other. I liked that people didn’t like Draven at first and that he had to grow on you. I don’t think in the real world everyone is always ‘pleasant’ and even grumpy bastards deserve to find love.

If you could have one wish what would it be?

To make enough money from my books so I can give up my day job and write full time. I don’t need much, just enough to keep me going. It’s a simple wish but one I’m striving for.

I have two of them actually, pretty deep rooted. One is a rather irrational fear that something will happen to my kids. I know this is every mother’s nightmare but for me, it tends to take over sometimes. I also have a huge fear of going blind. I can give up any of my senses except my sight.

If I came to dinner what would you feed me?

Which of your characters would you like to be sharing the dinner table with us?

Ooh that’s a tough one. I’d say Leslie, who you haven’t met yet. I’m writing his story at the moment and he’s fascinating and funny and would be very entertaining.

Tell us in the character’s own words, what he/she would have to say about you.

I’m pretty sure Taylor would say something like ‘Sue is a complete perfectionist and a control freak herself’ as he looked askance at Draven, who would scowl. Draven would probably say ‘I love a woman who knows what she wants and isn’t afraid to get it, no matter what.” I think both men would tell me too that they adore me absolutely J

What would they say (again in their own words) about themselves, and their story that will make us want to read about it?

Taylor - “I know I’m a bit of a flake and not easy to manage and probably a little fucked up. But I’m not that crazy when you get to know me.”

Draven “I’m a man who likes facts and don’t believe in anything I can’t see or shoot a bullet at.”

Which other fictional character(s) would you like to be present at the dinner party?

What other authors would you say have either influenced your writing or you would like to emulate?

I can’t say anyone has influence my writing specifically, but I do love Josh Lanyon’s work and that of Harper Fox.

Which character from literature, would you most like to have invented?

Definitely aforementioned Sherlock. He’s such a wonderful, all encompassing character.

What do you prefer writing. A one off novel, a series or short stories?

I prefer writing a one off novel. Series are wonderful to write but need a bit more work to create.

What kind of books do you read (if you have time to read)?

I read M/M 95% of the time, but love detective fiction, horror and suspense. Stephen Kind, Dean Koontz, that sort of thing. I’m a huge fan of Phil Rickman’s Merrily Watkins series, about a woman priest and exorcist, set in remote Herefordshire/Wales border.

Where do you see yourself personally and professionally in 5 years time?

I hope to have given up the day job and be subsisting comfortably on book sales. I’m also Editorial Manager for Divine Magazine, so I’m hoping this takes off and will be something else I can use to make me a living. But we’ll see.

Do you have any other projects in the offing we should look out for?

I’m currently writing book 3 in the Men Of London series, (which is a six book series) as well as trying to finish the third book in my Starlight trilogy. I’m also writing a story called Living On Air, which is one of those angst, emotional books that will make people cry a lot. And laugh and feel hope as well.. I hope

10-Mar
Wake Up Your Wild Side

a Rafflecopter giveaway
Posted by Nephy's World at 07:07