We're here again at another Wednesday. Doesn't it come around fast? So fast in fact that I forgot to post my story until mid afternoon.

For those of you who are following Cyan, don't panic. I'm going to finish it (it only needed a bit of rounding up) and post it complete within the next few weeks (probably months. If anyone's interested then poke me if I forget)

This one crept up on me when I saw the prompt this week and I had to write it. It's about demons...who aren't.

I need to mention a few things. Ordinarily, I wouldn't, and I know it's poor form to have to explain your world, but with you getting it in such small chunks it might get confusing. This story is set in another place. Could be another world, or this one at a different time. There are strong elements to suggest a medieval setting, but don't be fooled - it isn't

Oh and tippa is a form of 'endearment' between brother and sister. It's not a very nice one and comes from the words tiny parasite, which is what Jandra used to call her brother before she shortened it, which was only a very small mercy because most people in the palace already knew what it meant.

Anyway, without further ado, here is the photograph that inspired a whole world, and the story that goes with it. 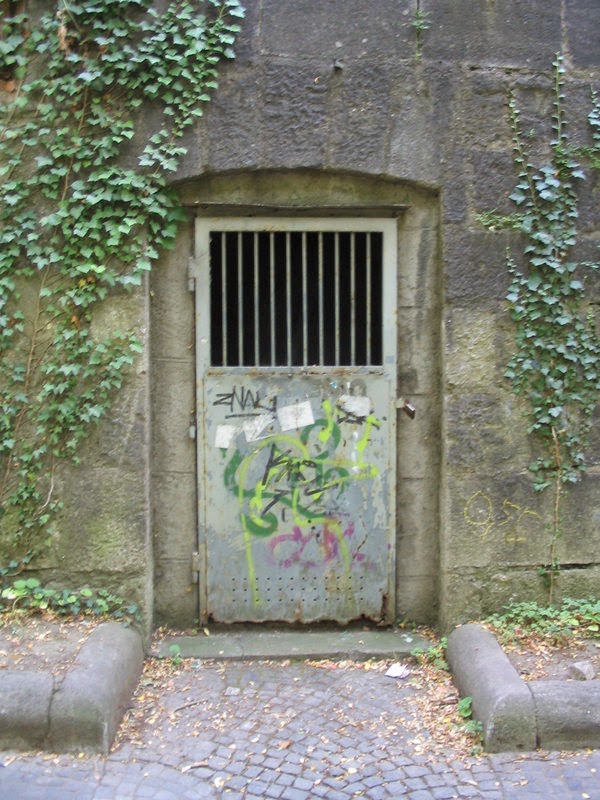 My sister, Jandra, not breaking her stride, turns her face to me and scowls. “Go home, tippa. This place is not for you.”

I have to skip to keep up with her, and it’s embarrassing. Okay, I’m small—at least compared to her. Over six feet in height, she doesn’t need the high, pointed–heel boots she wears.

Jandra laughs. She has a nice laugh, rich and full, like the aromatic wines my father imports from the south. Yet another way I fall short of her. Even though my status is higher, she never fails to make me feel inadequate.

“You are far from a man, tippa, and even further from the warrior you need be to face a demon.”

“And see you shall—when he’s strung up in the yard, with the ravens feasting on his innards.”

Mention of the yard makes me queasy. It’s the place outside the walls of the castle where criminals are punished, and where enemies of the crown are hung in chains to die of hunger or thirst, or by the beaks of the huge ravens who live in the overlooking tower.  My bedroom is in the tower’s twin. I hate it.

I hate the ravens, whose raucous cries torment me, day and night. I hate the smell that rises from the yard and the river. Most of all, I hate the screams, the prayers to filthy gods, and the pleas for mercy from the doomed souls beneath my window. They’ll find precious little mercy at my father’s hand.

My father tells me it’s good for me, that it will prepare me for the sounds and smells of war. He’s still fooling himself that one day I’ll ride into battle at his side. As if that’s ever going to happen. I’m not built for war. I take after my mother, a princess from the North, whose people are known more for their wisdom than their warcraft. Father scorns the skills of diplomacy, tactics, and engineering. Yet the northern kingdoms, not noted for the fierceness of their warriors, or the size of their armies, are still free, and have kept the demons from our gates for generations.

That’s why I’m so excited. Father’s men have captured a demon. It’s the first to be seen in our lands during my lifetime, and I’m desperate to see for myself what the fuss is about. Of course, I’ve seen pictures, but they don’t convey the truth—they can’t. The slender, pale creatures with large eyes and delicate features don’t look dangerous at all.

“Father would have my tits for purses if I let anything happen to his precious little prince. Go back to the castle, or I’ll have you tied to a post in the yard for a few hours.”

I’d laugh if I was sure she didn’t mean it. Jandra hates me, and I don’t blame her. The day Father admits she is far fitter to lead the armies than I will be a happy day for us all. Jandra thinks of me as a pathetic weakling, and nothing but a liability. She’s right. My mother lives in perpetual fear that Father is going to throw me on a horse and whisk me off to campaign.  He will, soon enough. And as for my father—I see disappointment in his eyes every time he looks at me. And on the rare occasions he heeds my mother’s pleas to try to get to know me for who I am, the experience is excruciatingly painful for both of us.

“I’m surprised you’re so resistant. It would solve a lot of problems for both of us if you just threw me in there with him.”

Jandra stops and gives me a hard look, then tosses her head and strides off again. “You little fool. You think you know what’s going on. You know nothing.”

My heart soars, even though she speeds up to make me jog.

Thank the heavens it’s not far. Jandra can walk forever, but I can’t. Another way I embarrass my father. She’s strong and energetic. I’m…not. I have the endurance of an asthmatic mouse, and physical exertion tires me quickly. When I was younger, Father had me seen by many doctors, but their advice was always the same. I’m not ill, just ‘delicate’, and no matter what I do, that will never change.

“Stay here,” Jandra says, coming to a dead stop. “Give me five minutes, then you can look through the bars. Do not open the door, for any reason. Understand?”

“What if he’s killing you?”

“Then call for the guard. What do you think you could do?”

I drop my head at her scornful words. “Nothing.”

Although we have prison cells inside the castle, the most dangerous prisoners are kept here, well away from the castle walls, in cells cut into the side of a hill. A long row of doors set into a blank concrete face is the bland exterior to a nightmare beyond my comprehension. Even now an occasional scream from inside makes me jump.

I watch Jandra until the door swallows her. Dancing with anticipation, I creep closer. There’s no sound from within.

I peer cautiously through the bars. The windowless cell is dim, lit only by a single, pale light, and it takes a moment for my eyes to become accustomed. Jandra is standing over a kneeling figure, chained to the wall.

Almost in the moment my gaze falls upon the figure, it raises its head and our eyes meet. A bolt of electricity hits me in the middle of my forehead, and throws me backwards, to sprawl in the dust.

Above me, a bright blue sky tilts absurdly, and winks into darkness.