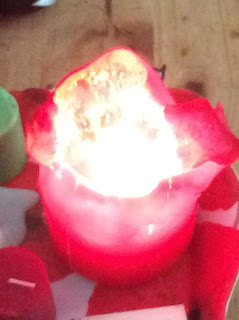 Whether it's a fairy rising in a cloud of fairy dust from a flower, or a water elemental dancing on a fountain. Whether a gnarled gnome gazing out of a window in the bark of a tree, or an alluring naiad beckoning from a forest glade. Fantasy sets the mind free and allows it to create the most wonderful creatures in mind-bending environments.

I have rarely tried my hand at fantasy, and what I have written was purely experimental. The one book I have published that is fantasy in any form, even though grounded in the real world (a fairy who crosses into our world with comic and tragic results) is Fairies at the Bottom of the Garden which is currently on sale with NineStar Press. 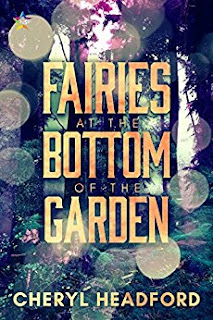 I had never written a full-on fantasy and thought I never would. Then Willow hit me between the eyes, and I agreed to try a fairytale (a dark fairytale of course). It was supposed to have been one book, just to see if I could get into that mindset. That one book turned into two. Now I'm on the third with a possible fourth coming along.

So what is the appeal of fantasy? For me, it's the ability to let loose and throw off the conventions and limits I usually impose on myself. Want people to fly? Easy? Want a castle to be built on the back of a sleeping dragon? Of course - although there are consequences when the dragon awakens. Want all fire to be alive? Why wouldn't you?

I can create and destroy entire races, with their own characteristics, voices and stories. I can have people possessed by demons, meeting skink wizards and double-ended snakes, or read by flying winged panthers. And the character options are endless. I have an ordinary seventeen-year-old boy, in love with an air elemental, who had a fling with the High King of the fae, who is almost a hundred-thousand years old (due to an accident of time), looks like he's twenty and wears outlandish clothes that mix various centuries with modern. His favourite apparel is brocade frock coats in various pastel shades, paired with tight leather trousers. He's an arrogant son-of-a-bitch but he's going to save the world - possibly.

I am having so much fun writing this, but I have to keep a tight set of notes, to remember what creatures go where and where all the fairy villages are, not to mention what powers are being awakened and how they can be applied.

What's the point of this post? Okay, a little bit is to promote my own works (watch out for the Dark Fairytale series coming very soon from eXtasy) but also to encourage you all to dream of fairies and dragons and to bring your dreams to life on the page. I look forward to reading them.
Posted by Nephy's World at 15:15