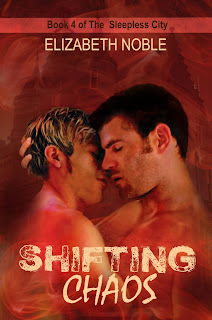 We aren't a we without all of us.

Chaos reigns in The Sleepless City and it’s really beginning to piss Detective Jonas Forge off.

He’s separated from his soulmate, Blair Turner. A separation he fears might be permanent. Nothing is going right. It’s as if the universe is conspiring against him. A long closed off door buried deep within his psyche cracks open when a turn of events flips his world upside down. There’s a monster behind that door and he’s not sure where the monster leaves off and he begins.

Hallucinations grip the town and demons lurk around every corner, causing havoc and threatening to tear the family in Boggs’s Castle to shreds. The only way forward is to bare all to each other. While Forge and Declan confront horrors from their shared past, they all learn a terrible truth about vampires—one not even imagined in their worst nightmare.

Can they control a monster to defeat a demon?

If you like imperfect heroes with tarnished pasts who don’t know how to quit, then you’ll love Shifting Chaos by Elizabeth Noble, the action-packed, emotional conclusion to The Sleepless City.

Author's note: This book was originally published in 2015. It has been rewritten with new chapters and scenes and re-edited.

Mystery, action, chills, and thrills spiced with romance and desire. ELIZABETH NOBLE lives by the adage "I can't not write." She doesn't remember a time when she didn’t make up stories and eventually she learned how to put words on a page. Those words turned into books and fan fiction that turned into a genuine love of M/M fiction. A part of every day is spent living in worlds she created that are filled with intrigue and espionage. She has a real love for a good mystery complete with murder and twisty plots as well as all things sci-fi, futuristic, and supernatural.

When she's not chronicling the adventures of her many characters, Elizabeth is a veterinary nurse living in her native Cleveland, Ohio. She has three grown children and now happily shares her little, brick house with a spunky Cardigan Welsh Corgi and his sidekick, tabby cat. Elizabeth is a fan of baseball, basketball (go Cavs and Cleveland Baseball) and gardening. She can often be found working in her 'outside office' listening to classic rock and plotter her next novel waiting for it to be dark enough to gaze at the stars.

Elizabeth has received a number of amateur writing awards. Since being published, several of her novels have received Honorable Mentions in the Rainbow Awards. Jewel Cave was a runner-up in the Gay Mystery/Thriller category in the 2015 Rainbow Awards. Ringed Love was a winner in the Gay Fantasy Romance category of the 2016 Rainbow Awards. 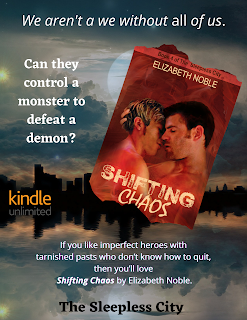