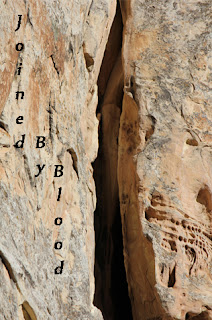 Renee Stevens is a writer at Gay Authors I have a lot of respect for. We worked together briefly on a doomed Round Robin and I had the great privilege of helping her out a little on her story Joined By Blood. It's a very unusual vampire story following Damian who, captured by one vampire clan, with the assistance of his sister who they claimed, and rescued by another whose leader tells him he's his mate, has to negotiate a path between rejecting vampires altogether, falling in love with not one but two vampire mates, and coming to terms with the fact that his sister is lost to him forever.

I have always found Damian to be a fascinating character and I have had the great privilege of interviewing him. I therefore, without further delay, introduce you to Damian and leave you in his capable hands

Welcome to my Blog, Damian and thank you for taking time out of your busy life to answer some questions that have been burning in me since I read your story.

You can find the story Here